The Tar Monster is episode 5 of the third season of Scooby-Doo Where Are you and originally aired on October 7, 1978.

In this episode we find the gang in Turkey exploring a buried village where the Tar Monster roams.

I don’t have any trivia to speak of with this episode as the title pretty much sums it up and the episode is fairly straightforward.

So enough of my jibber jabber, let’s get to the review.

The episode begins with the Mystery Machine driving up a Turkish mountain road. The gang are headed to Professor Brixton’s camp where he has discovered a city that has been buried for thousands of years.

As the gang head into a village, the tar monster emerges from a pool of tar and growls in dissatisfaction as the mystery machine drives down the road. 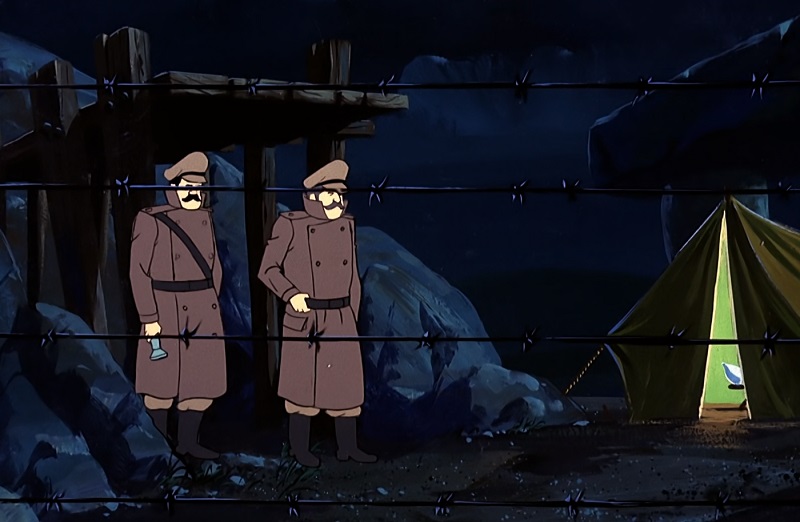 The village is restricted and the gang are approached by two guards who lets them in as Freddy explains the circumstances.

In Professor Brixton’s tent, he explains that they’ve had to stop digging as all his workers have been frightened away by the Tar Monster. According to local legend, the tar pools in the area are under protection from the Tar Monster and since he has surfaced, nobody wants to be around. 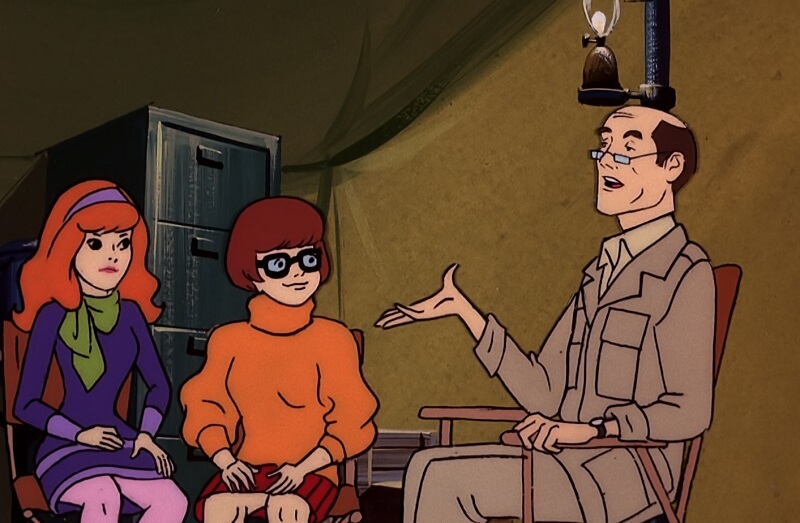 All of this happened yesterday when they reached the inner sanctum of the city where they came across a written curse that read “this city is under protection of the tar creature, intruders beware” Behind him they heard a terrible roar as the tar monster appeared and scared everyone off.

To make matters worse, Mr. Stoner, the professor’s assistant, was kidnapped and his tent destroyed and covered with tar.

As a priceless treasure sits in the ancient sanctum, the Professor is determined to forge ahead.

The gang are taken to their tents by Ben Gazzi, who is the team foreman and during the night Scooby and Shaggy encounter the tar monster in their tent. Running out, they explain to the rest of the gang that they’ve seen this legendary creature.

Back at the work site, the Professor and foreman have decided to open up the inner sanctum. The professor goes off to get his equipment and then the gang head down to the excavation site. 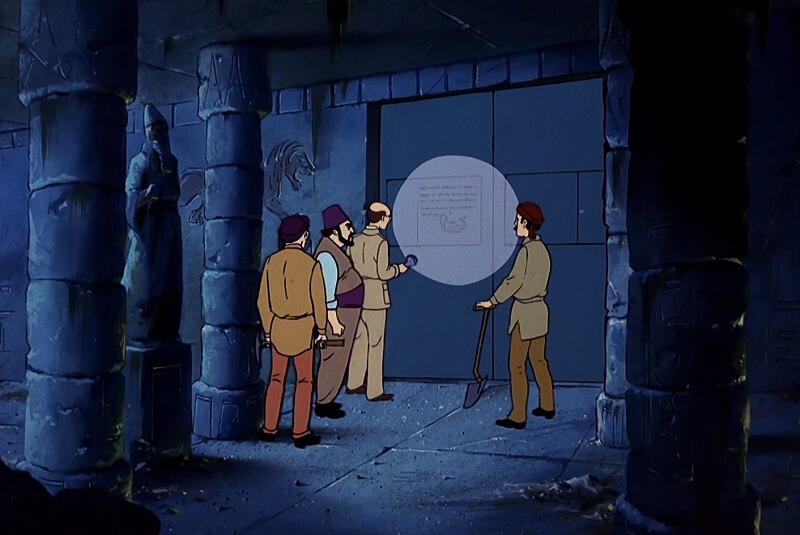 Down below in the underground city, the gang walk through and see many statues strewn about. Velma asks what happened to the city of Byzantius and the Professor explains that there was a giant earthquake that brought the surrounding hills collapsing down on the city.

The gang also find tar monster footprints, which is impossible as the guards were guarding the room the entire time. Velma suspects he got in an alternative way.

The lost city is full of multiple corridors, so the gang split up so they can follow the tar tracks. Our trio also finds a workman’s toolbox that has a map of the underground city, and it’s streaked with tar. 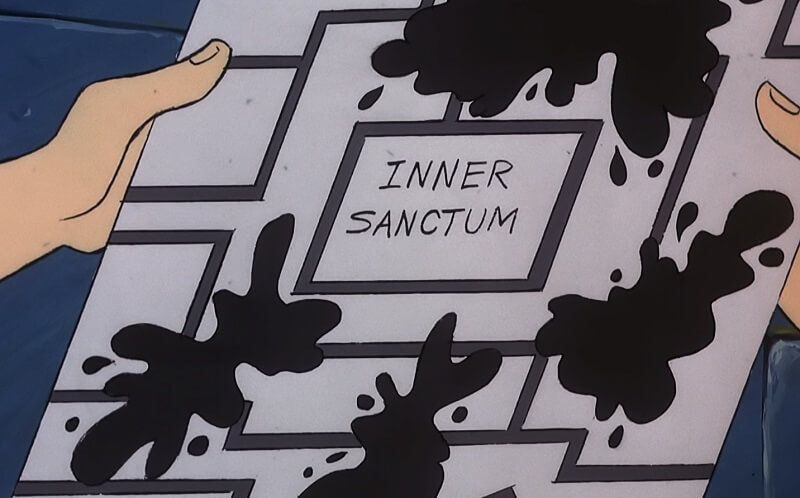 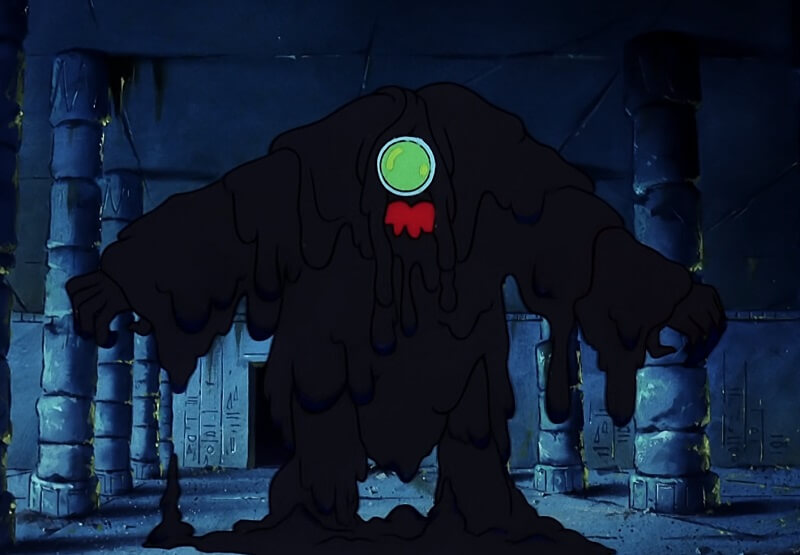 A fast makeup job, where our duo pose as statues allows them a quick escape.

Unmasking the Tar Monster, it’s Stoner, the missing assistant. Stoner’s plan was to scare everyone away so he could steal the relics. He was able to sneak past the guards by using his costume which had scuba gear hidden inside, to dive down through the pools. 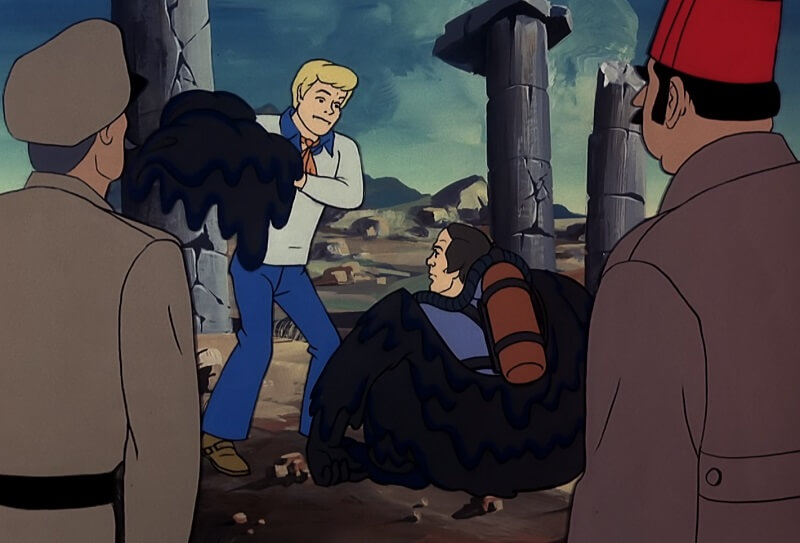 Velma then uses the map they found earlier to find the stolen treasures where we see mountains of gold and jewels. 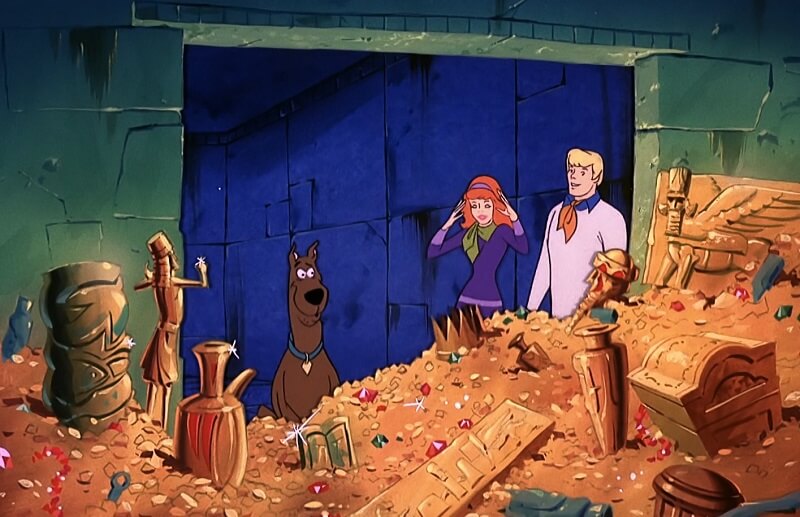 This episode is good and all, but I don’t find it all that memorable.

The Tar Monster design, while not amazing, is still kinda cool. People must like it as the Tar Monster makes further appearance sin the Scooby Doo Night of 100 frights video game along with Scooby Doo and the Cyber Chase and Scooby Doo 2 Monsters Unleashed.

The episode is rather spooky with the gang being in this underground maze, and a monster walking around.

I think where this episode fails for me is that it’s a very Scooby and Shaggy focused episode. Freddy and the girls just don’t have much to do other than find basic clues and recite exposition.

I love how the gang are travelling to new locations around the world, but they aren’t given much time to act like kids. We don’t see them enjoying the culture. Take, for example, A Frightened Hound Meets demons underground. In this episode we saw the gang travel to Seattle, but we also got the gang enjoying a meal in the Space Needle. That’s the kind of stuff I wish this episode had.

It’s still a strong episode and I enjoyed it. I know they focus more on Scooby and Shaggy as they are the more popular characters, however, this episode lacks the charm the earlier seasons had.