The Creepy Case of Old Iron Face is the 7th episode of the 3rd season of Scooby-Doo Where Are You! And originally aired on October 21, 1978.

This episode sees the gang investing an abandoned Alcatraz style island prison and encountering an old pirate with an iron mask welded on to their face. To make matters worse, the pirate rides around on man eating sharks.

Iron Face is a popular Scooby Villain, and we even see him return in Scooby-Doo and the Cyber Chase and Scooby-Doo! Frankencreepy.

While Iron Face is memorable, does this episode hold up? Let’s find out. 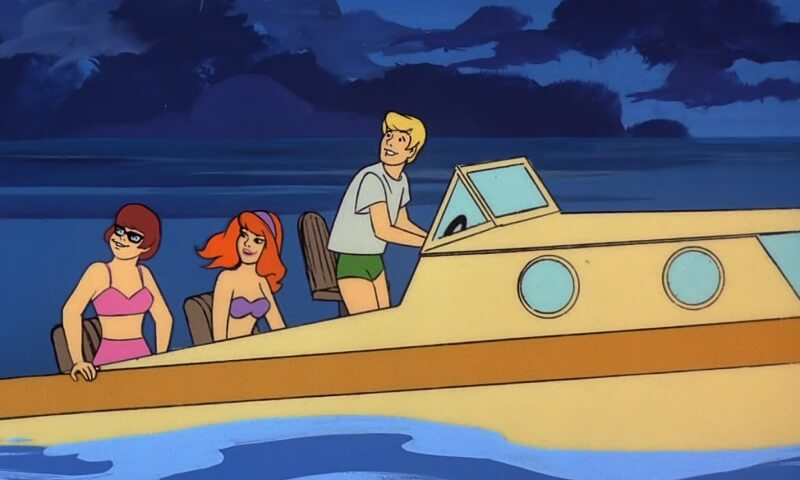 The episode begins with the gang waterskiing in the Ocean. A bad storm is heading their way and the water is starting to get rough. In the water, the gang see a school of man eating sharks heading their way, along with a person who is standing on two of the sharks wearing an iron mask.

Iron face chases the gang, and we can see that one of the sharks is made out of metal. Iron face whips the sharks to go faster, but the gang evade the creepy pirate by landing on the beach. 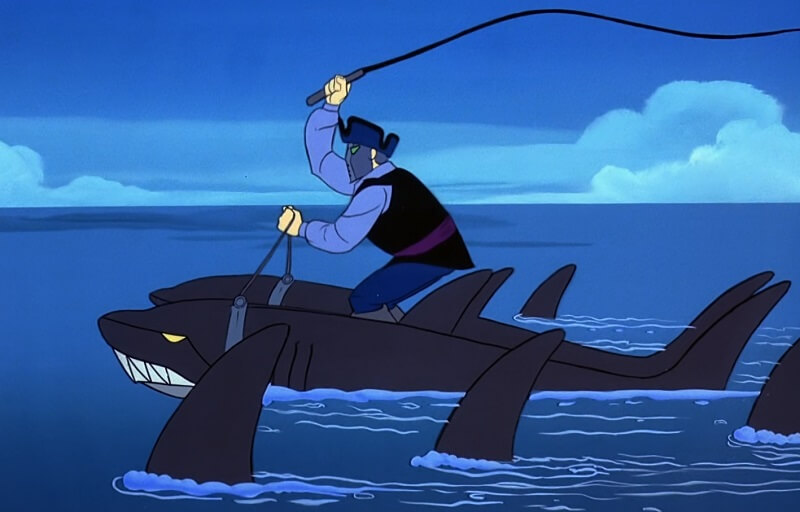 The gang head to Mamma Miones to discuss their most recent scare with Iron Face and enjoy some clam chowder. Velma plans on asking Captain Morgan, who is their tour guide, the next day if he knows anything about Iron Face. 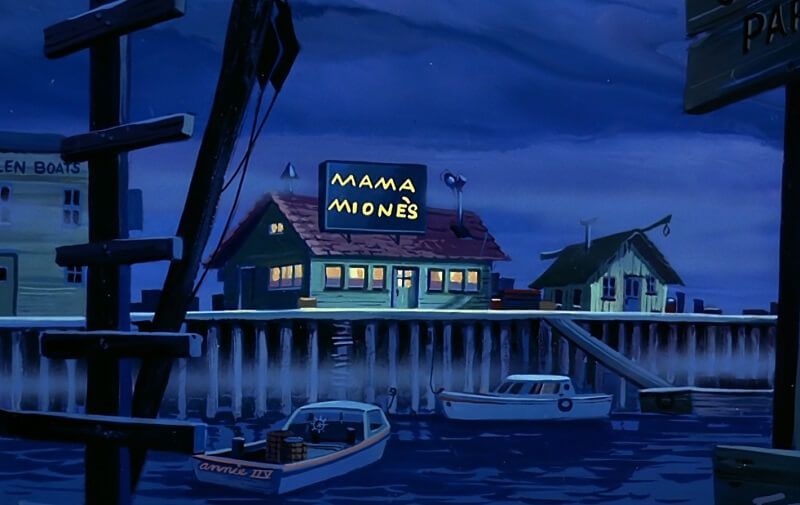 Captain Morgan is inspecting Skull Island, and the gang are happy that they will soon be getting a tour of the old prison Island. Skull Island used to be a prison for the most dangerous criminals, but has been closed for years. Recently, there are plans to open it up for a tourist attraction.

Freddy spots some pictures of a champion water skier on the wall, and the owner and chef of Mama Mione explains that it is her. She asks the gang if they want the rest of their dinner, and the gang say they are waiting for Captain Morgan who is on Skull Island.

Mama Mione tells the gang to stay away from Skull Island as it’s haunted by Iron Face, a pirate who was a prisoner there 100 years ago. He was so mean, the warden had an old iron mask welded on him so he wouldn’t have to look at him.

The gang leave the restaurant and as Shaggy explains that he’s a little upset about the lack of hot sauce on his ice cream, the gang are nearly run over by a speeding truck. As I side note, I’d love to see Shaggy’s Google reviews – I’m sure it’s full of lots of odd quirks and complaints regarding chocolate covered hotdogs and and other culinary oddities..

The gang follow the truck and watch them unload a lot of food. Freddy finds this strange as Momma Mione’s café is tiny.

Finding a boat, the gang head off to Skull Island to investigate. Spotting a boat they talk to Captain Flint who refuses to sail with them as he does not want to go to skull island. Eventually they find a glass bottom boat, and head off while a mysterious figure in the fog watches them motor off.

Dead ahead, they see skull Island which lives up to its name. In the bottom of the glass boat, Velma spots a sunken boat that says Neptune’s world. This happens to be Captain Morgan’s boat, and it has a torpedo hole in it. 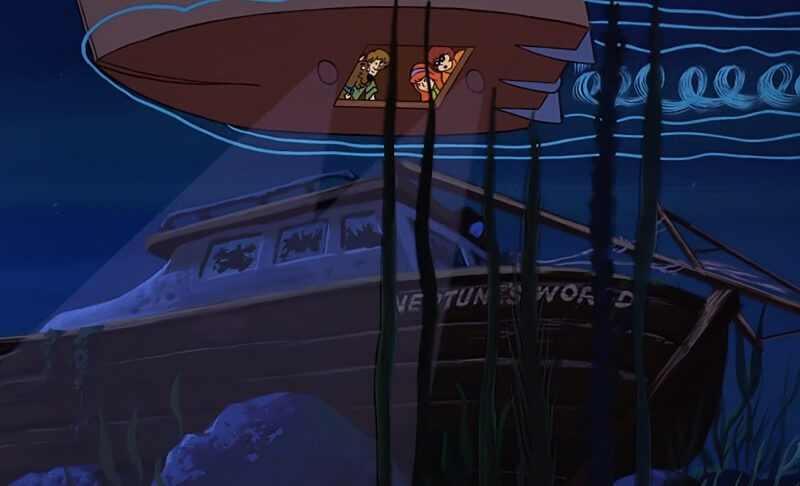 On the creepy island the gang split off to investigate. As they head into the old jail, Captain Flint lands his boat and walks after them. 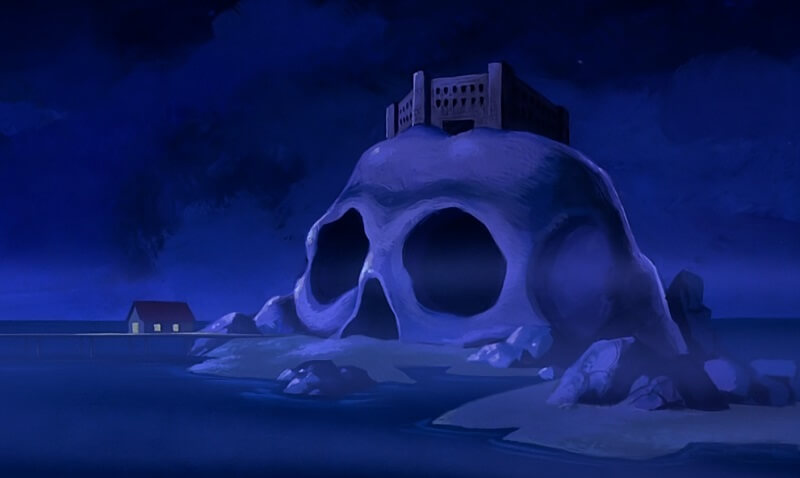 Scooby and Shaggy are the first to run into Old Iron Face and a small chase occurs. The two try to hide in an old room with a metal door, however, iron face’s brute strength crashes through the door and we get a few more chase gags. 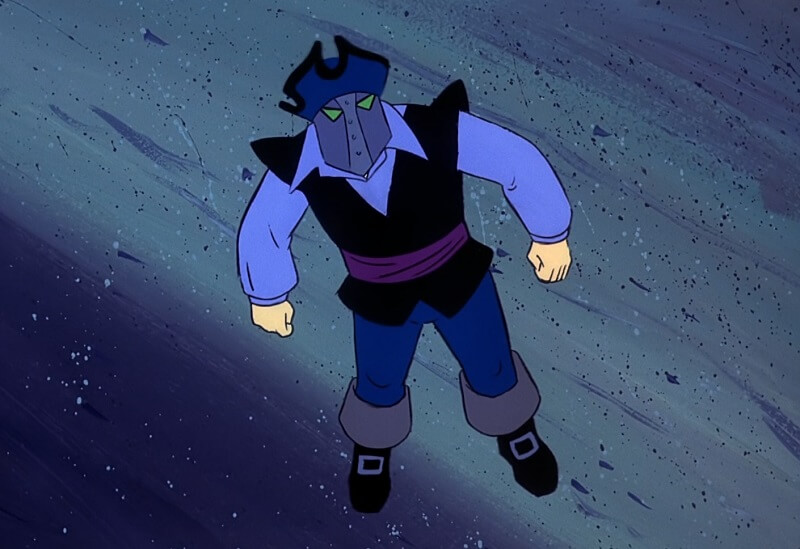 Out on the dock Freddy, Daphne and Velma spot an electromagnetic crane used to unload cargo.

Investigating further, the gang find a metal crate marked with the same insignia that almost hit them at Mamma Miones. Inside the shipping crate they find more crates of fancy food items such as Caviar, Egyptian Dates, Turkish Coffee and Imported Cheese.

The gang also find a cave on the beach with footprints leading in, so they head in. The cave takes them to some stairs and they come across a super deluxe underground mansion. Someone has been living down there, and they find a copy of today’s newspaper. There’s also a massive kitchen fully stocked with fresh food. 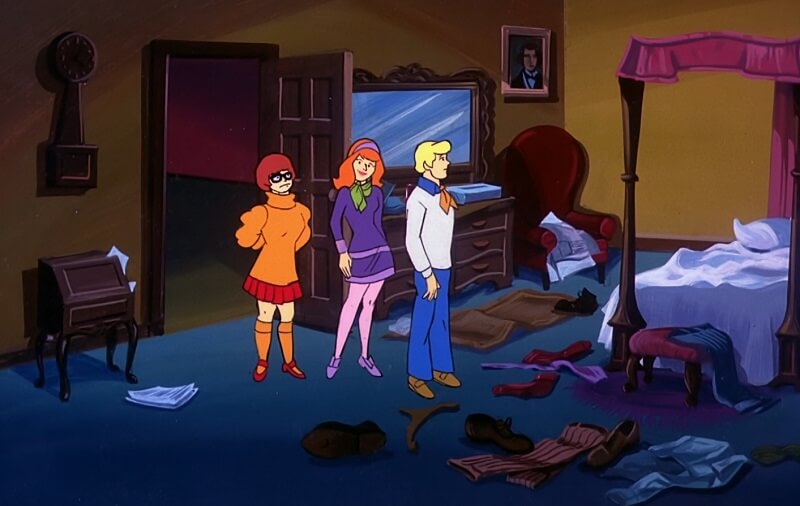 Inside a vent system they hear a groan. Exploring further, they find a dungeon where Captain Morgan has been captured and bound up. Freeing the Captain, he explains he beached his boat and when he made it to the island he was grabbed from behind and knocked out. 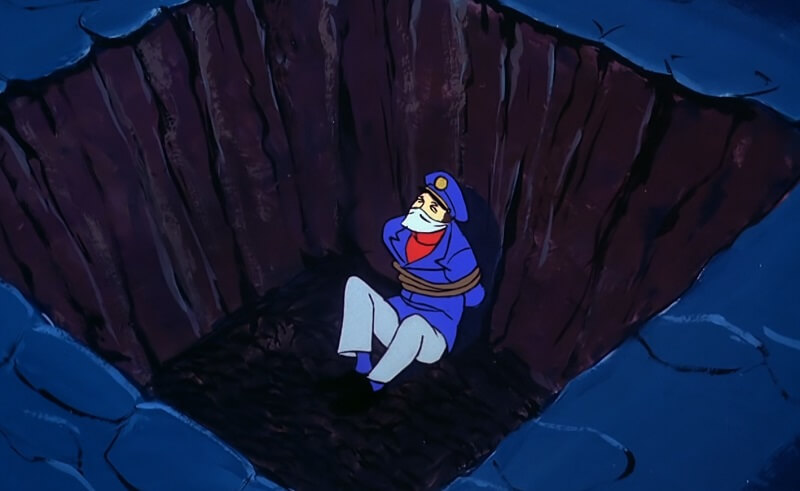 Scooby and Shaggy are chased into a torpedo room where they find several torpedoes made to look like sharks. Jumping into one of the sharks they are launched out into the ocean.

Iron face takes chase with two torpedoes but his finally caught by Freddy who uses the electromagnetic crane to capture Iron Face by the Face.

Unmasking Iron Face, it turns out to be Mamma Mione. Her restaurant was just a front for her smuggling business where she’d smuggle convicts in and out of her hideout in the prison. 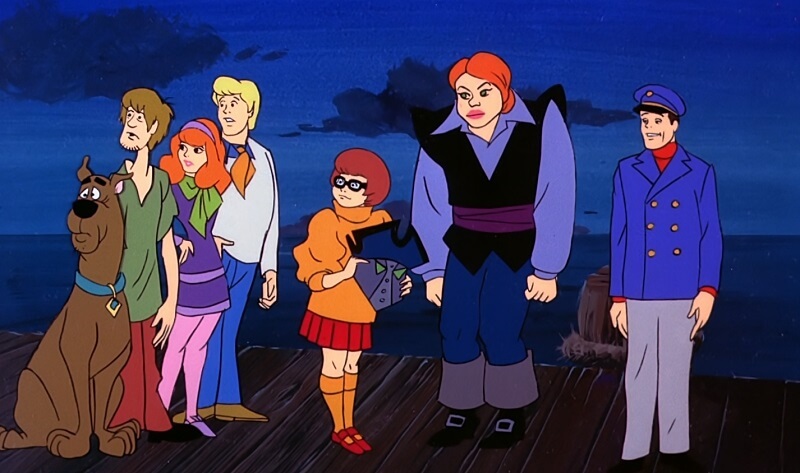 The criminals were smuggled in the shark torpedoes where Mamma Mione would steer them and scare any curious boaters away with her Iron Face getup.

With the island opening up for tourists, Mama Mione had to empty out her luxurious hideout until she figured out what to do with Captain Morgan.

Captain Flint shows up and removes his disguise and identifies himself as Federal Agent Hargrove and congratulates the gang for cracking the case.

With another mystery solved, the gang boat away in search of their next adventure. 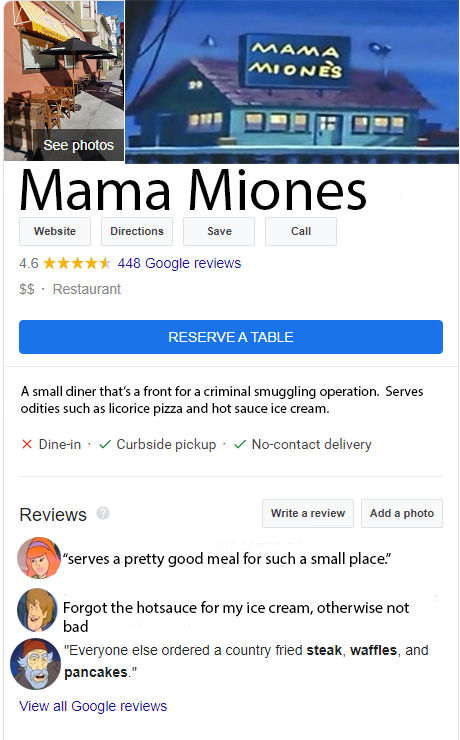 I was originally thinking a 9 as this episode started off strong with Scooby and Shaggy being chased by Iron Face and her sharks. The episode also has a cool scene where the gang are enjoying dinner in Mamma Miones. And then we get that cool scene where they find Captain Morgan’s boat sunk.

Skull island also looks cool, but once they get to the island, the spookiness is lost, and the episode mostly becomes one long Scooby and Shaggy gag scene as they evade Iron Face.

These gag scenes took the spook factor away from Iron Face and sucked the creepy factor out of the prison setting. There is so much more they could have done to make this episode way more creepier, but sadly, we didn’t get it.

Velma, Daphne, and Freddy finding the subterranean Mansion, however, was pretty cool, and I liked their side arc. Having the villain be a female was also cool, although, we get a lot of the same plot points with the old sea captain being a red herring, and the gang catching the villain on a crane (both of these were spotted in a Creepy Tangle on Bermuda Triangle)

Still, a fun episode over all and I can’t complain too much as I’ll certainly want to revisit this one in the future. I just wish there were less Scooby and Shaggy gags, but we get a lot of that in this season as I guess they were trying to appeal to a younger audience.

Don’t Go Near the Fortress of Fear