The Backstage Rage is the 9th episode of the first season of Scooby-Doo, Where Are You, and it originally aired on November 8, 1969. Although it feature a ‘classic’ Scooby-Doo Villain, it has become a cult favourite episode amongst Scooby-Doo Enthusiasts!

While walking home with a Blockbuster Pizza from the Pizza Palace, Scooby and Shaggy decide to stop and enjoy their third pizza pie for the evening. As Scooby devours most of the pizza pie, Shaggy spots a violin case fall out of a driving car’s window.

Like the good Samaritan he is, Shaggy runs over to the violin case to see if he can return it to the owner. Opening it up, he spots thousands of dollars inside. 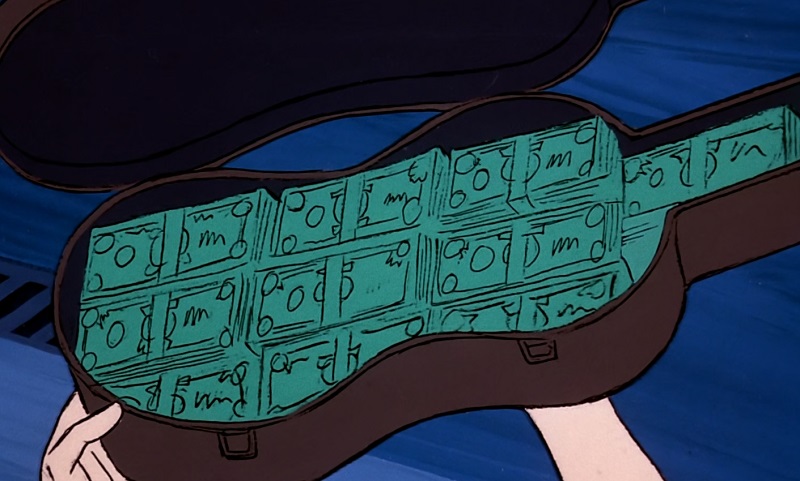 Shaggy insists that Scooby holds on to the case, while he goes to a payphone to call the Gang on what to do. As Shaggy is making his phone call, the shadowy car slowly drives past him to some suspenseful music. The vehicle then stops in front of Scooby, and we see a small female poodle whimper and limp alongside the car. 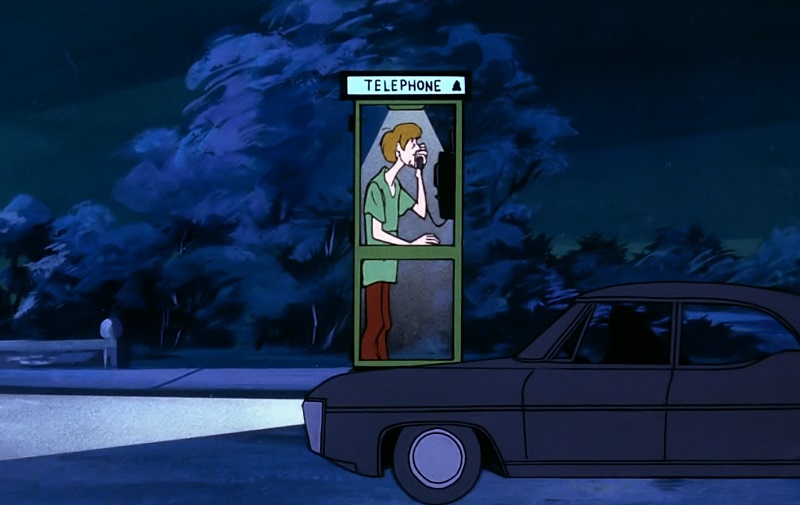 Scooby puts down the violin case to assist the attractive poodle, and at that point, the mysterious man nabs the violin case. The poodle then levitates into the air above as if it were controlled by a puppeteer leaving Scooby confused, as the car makes its escape. 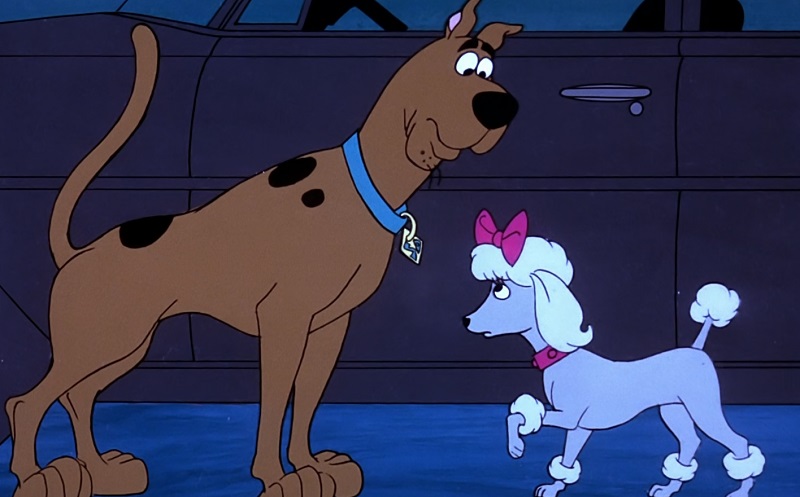 The rest of the Gang show up in the Mystery Machine, and Scooby explains what happened. Daphne takes a look where the girl dog disappeared, and finds a puppet control. Written on it is the logo for “Pietro’s Puppets”, which has been performing at The Strand Theatre. Scooby then agrees that the dog he saw acted much like a puppet. 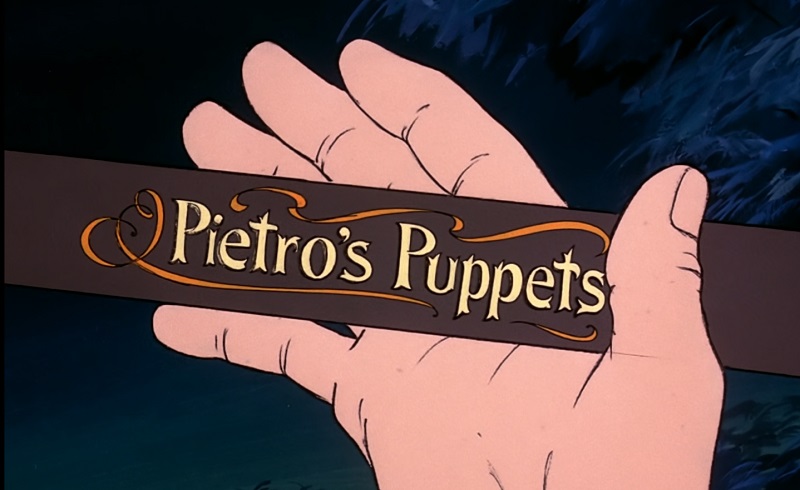 The Gang come to the conclusion that this is the work of counter-fitters head to Strand Theatre to investigate. At the theatre, they are greeted by a doorman and they talk with their way past the doorman by pretending that Scooby has an audition. The doorman explains to them that they, unfortunately can’t audition as they only accept auditions for puppetry. 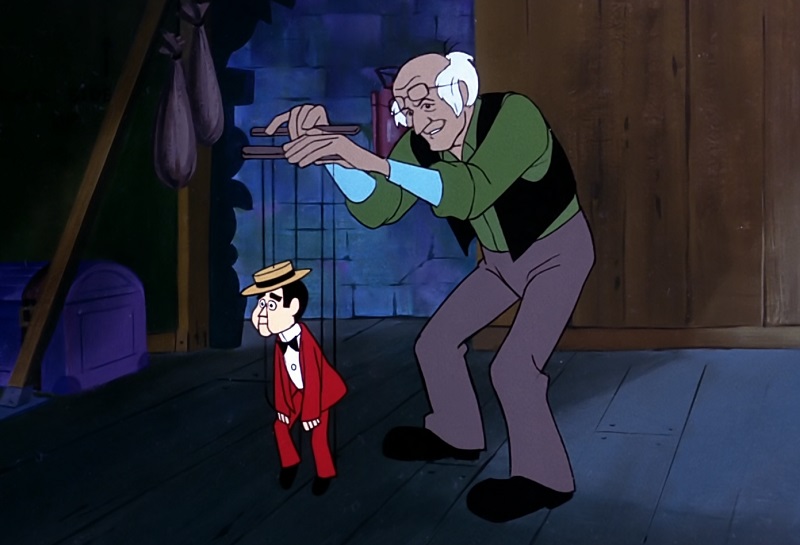 As the doorman explains that he is Pietro’s apprentice, and far from a puppet master, Scooby causes a ruckus as he is frightened by a moving witch puppet. In all the drama, he knocks Shaggy over. The doorman, somewhat annoyed by Scooby’s antics steps out of the room to put “Johnny”, his puppet away. As the doorman steps away, Shaggy and Scooby notice a poorly hidden counterfeit twenty dollar bill.

With the new evidence, the Gang hastily leave after saying goodbye to the doorman. Back in the Mystery Machine, Velma examines the bill and decides that it’s authentic. After Shaggy suggests that they should turn the money into a Blockbuster Pizza, Freddy figures out the money was planted to make them feel like nothing fishy was going on. Much to Scooby’s chagrin, the gang head back to the theatre. 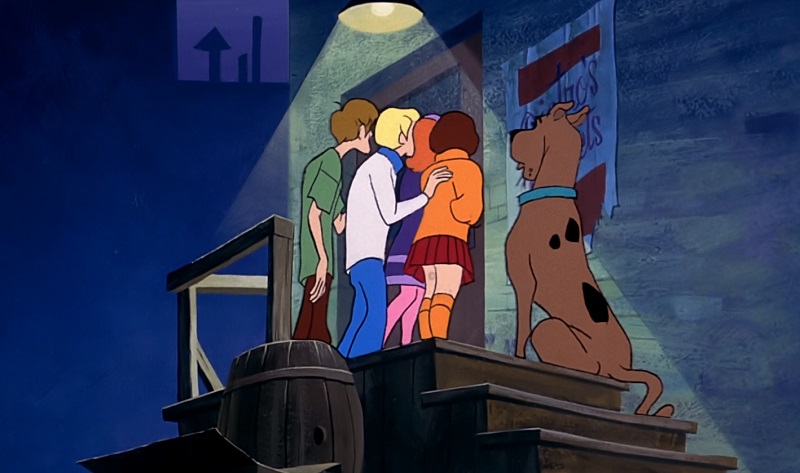 With the theatre door unlocked, the Gang walk past the sleeping doorman and into the theatre. Naturally, at this point, the Gang split up and Scooby and Shaggy are stalked by a Phantom who tries dropping props on them.

In another room, Velma is nearly hit by a sandbag, and after examining it, she sees that the cord it hung by had been cut. After a few more run-ins with the Phantom, the Gang converge on the theatre stage where Velma spotted the Phantom inside the prompter’s box. 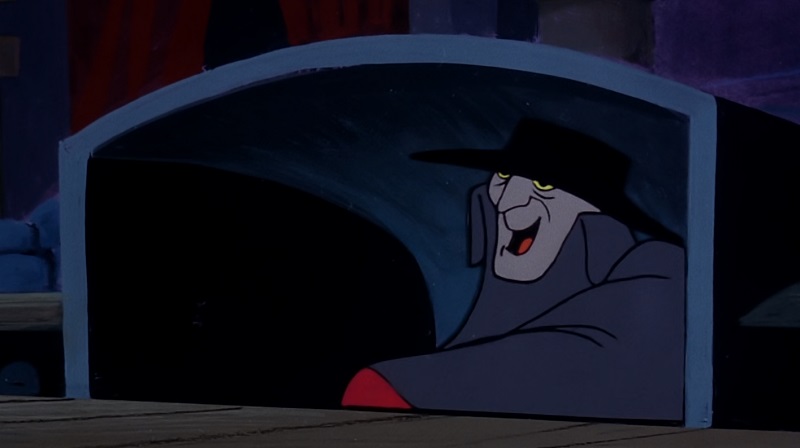 Freddy writes it all off as a wild goose chase, but Daphne reminds him that they just saw a man in a black cape. Upon hearing organ music, the Gang look out of the prompter\’s box and see the phantom playing the organ. 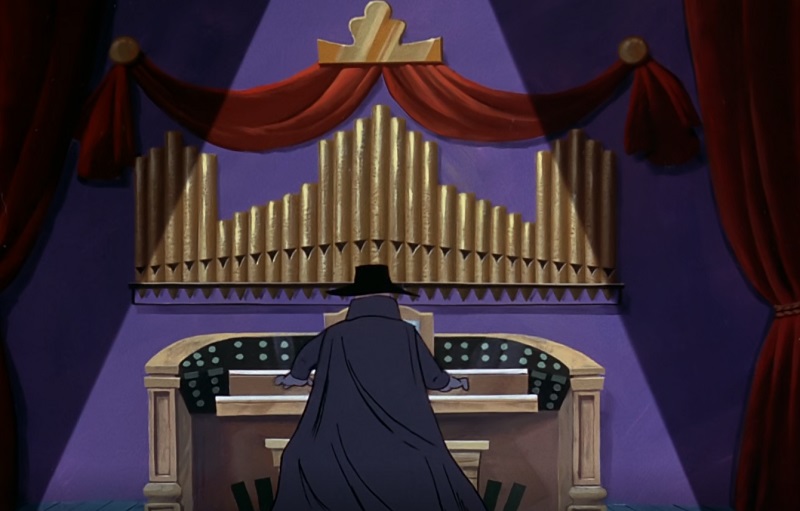 By the time they get back on stage, the Phantom has disappeared. Instead they are greeted with an angry Viking who rushes at them with a sword!

The Viking leaps off the stage and up into the air frightening even Velma. Off at another spot on stage, a laughing pirate with a cutlass appears. Just like the Viking, The pirate leaps up off the stage and into the rafters. In his spot, the female dog Scooby saw roughly an hour ago runs across the stage, and Scooby takes chase. 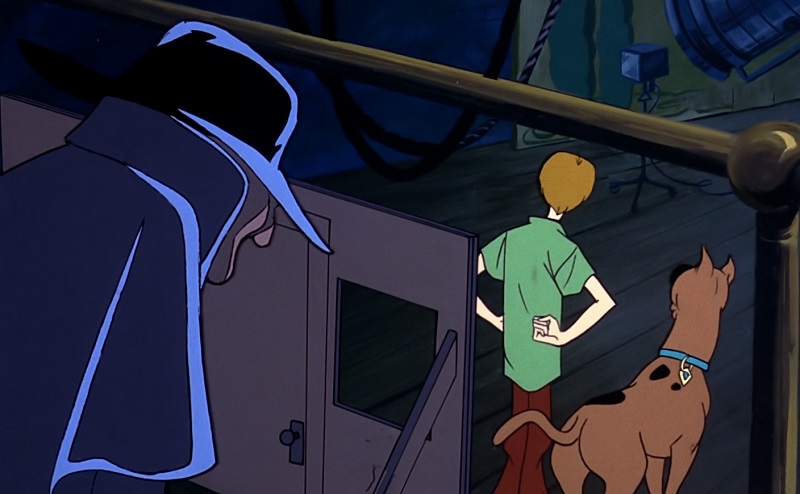 Scooby catches the dog and rips it away from the puppeteer. Dropping the dog puppet in-front of the Gang, they see that the pooch is stuffed with the engraving plate for the $20 bill they found earlier.

Freddy decides that it’s time to wake up the doorman to tell him what’s going on. When they try to wake him up, they realize that he’s just a puppet! 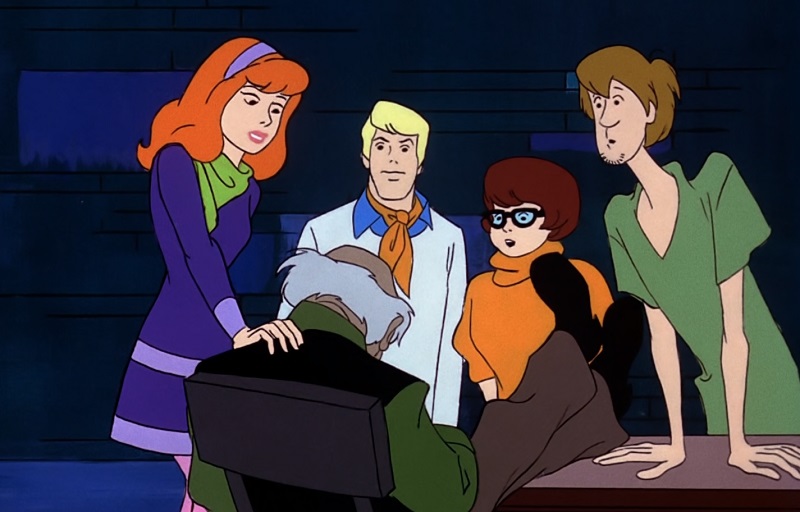 Shaggy has seen enough and tries to run out of the theatre, but the door is locked. To make matters worse, a puppet hawk swoops down and steals the counterfeiting plate out of Velma’s hands.

With nowhere left to go, and no more evidence, the gang return to the room underneath the stage to search for more clues. There, they find a secret room inside a harp case with a printing press inside. They also find the Phantom who chases the Gang back on to the stage where they are confronted by the Pirate and Viking.

The police are called, and we can see the doorman, who is actually Mr. Pietro in the backseat of the cruiser. The officer explains the kids are heroes as the town has been flooded with fake $20 bills for weeks. The Gang explain that they were almost fooled by Mr. Pietro’s doorman act, but figured out the mystery just in time due to the Viking and pirate puppets. 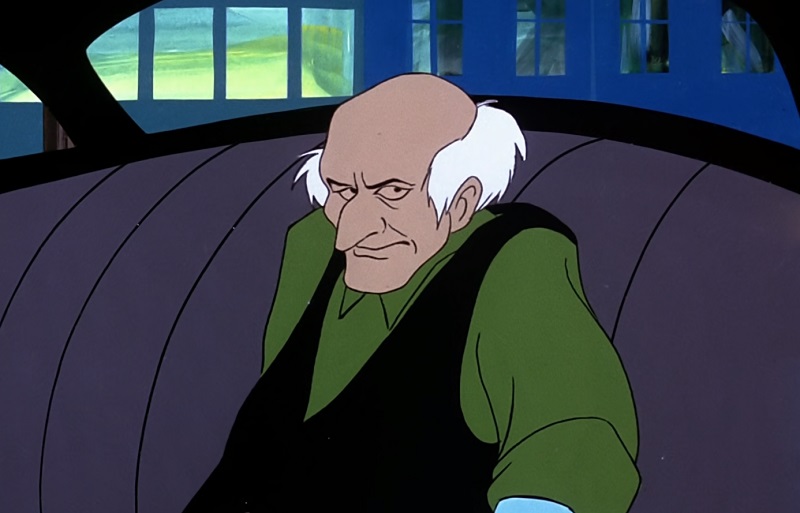 What Happened to Freddy’s Plan?

Well that wraps up another mystery gang. Until next time, Stay Spooky.