The Sorcerer’s a Menace originally aired on December 22, 1979 and is episode 14 of Scooby-Doo and Scrappy Doo.

This episode sees the gang at a magic show at a hotel in Atlantic city where they encounter the Ghost of the Great Haldane..

Not much trivia for this one other than there’s no Mystery Machine. Scooby Snacks don’t seem to be appearing in this season either. I guess Scooby and Shaggy don’t require being bribed when they are too busy running into danger to save Scrappy’s hide.

Anyway, enough of my Jibber jabber, let’s get on with the review.

The Sorcerer’s a Menace Episode Review

The episode begins with the gang at the Atlantic City Boardwalk. They are staying at the Beach Front Hotel where they are watching Morgan the Magician. 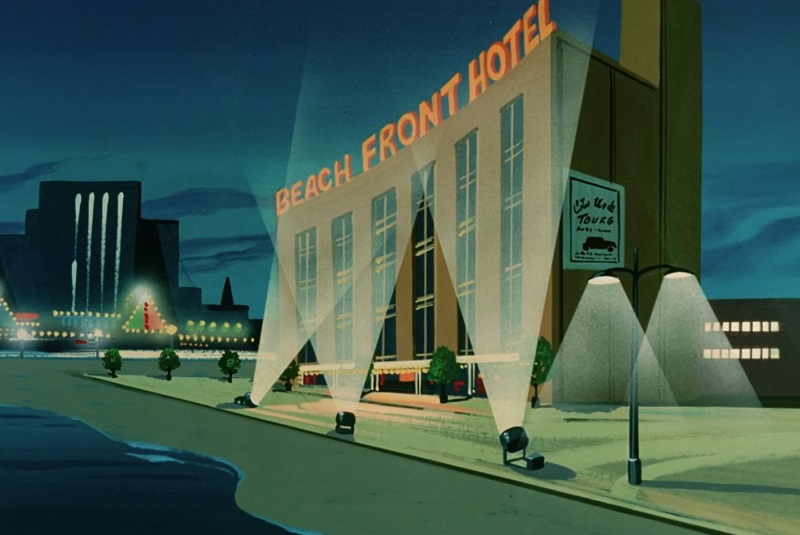 Scrappy volunteers Shaggy and Scooby for the magic act and during the magician’s performance, where he is making the valuable Black Pearl of Tongalay disappear, his former teacher the Great Haldane shows up in Ghost form and accuses him of stealing his magic act. The Great Haldane also puts a curse on Morgan the magician before disappearing off the stage.

The black pearl has also been stolen out of its locked box and a mysterious grey powder is dusted inside. The hotel security guard goes off to report the theft to his manager, and Morgan’s female assistant (the lovely Loraine) heads off to bed. Meanwhile the gang goes to look for clues with Shaggy, Scooby and Scrappy heading off to the Boardwalk to find some food. 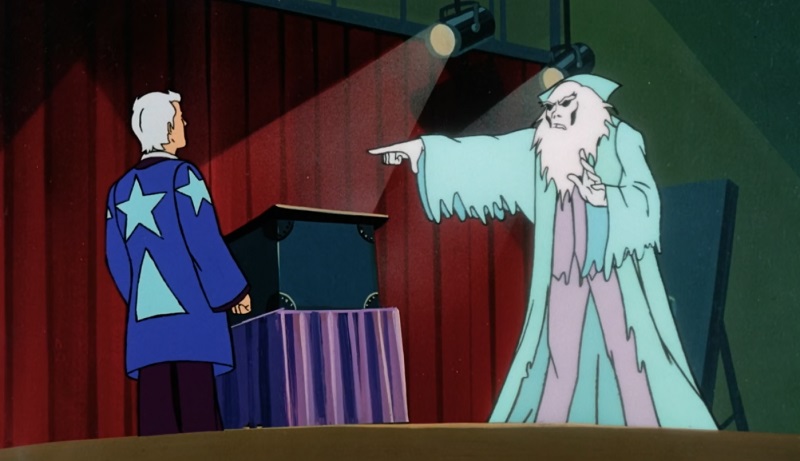 While hanging outside the hotel theatre stage door, the Ghost of the Great Haldane once more threatens Scooby, Shaggy and Scrappy saying he’ll make them disappear if they keep meddling. 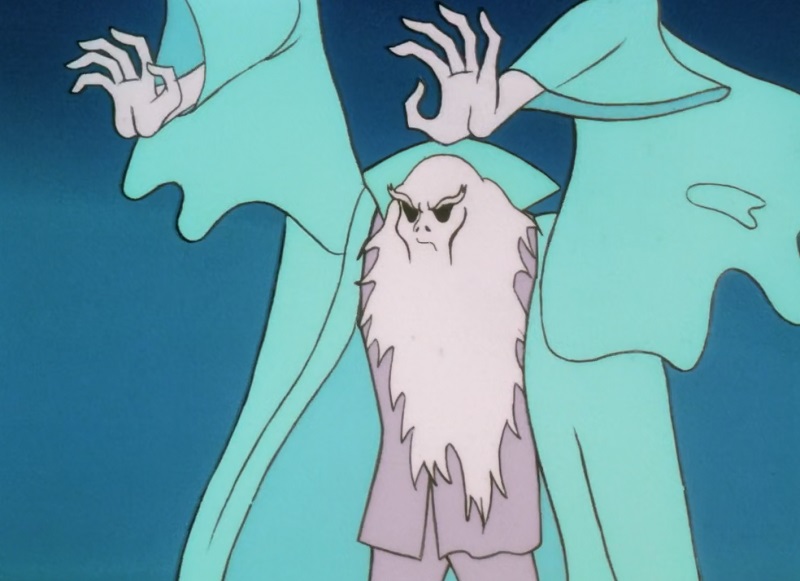 Freddy and the girls show up and they all run into Conrad the Conjurer. Morgan and his assistant turn up and Morgan complains that Conrad has been cutting into his profits by his competing magic show on the boardwalk.

Everyone goes off looking for clues once more, and once again, Scooby, Shaggy and Scrappy run into the ghost. Meanwhile Velma finds Morgan’s gold pendant which turns out to be musical. 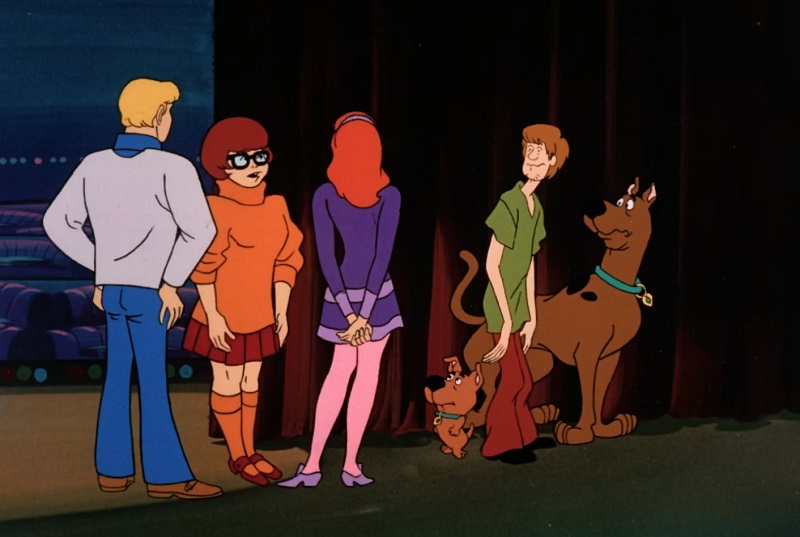 Outside in Monster Alley, Shaggy, Scooby and Scrappy continue to be chased by the Great Haldane. The chase continues into the theatre where they figure out that he’s a projection after Scooby and Shaggy are fooling around in the lighting booth. 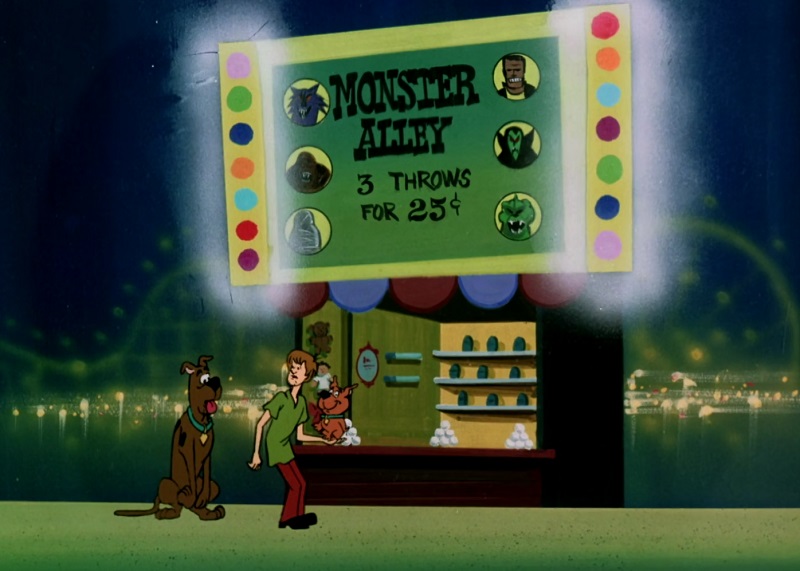 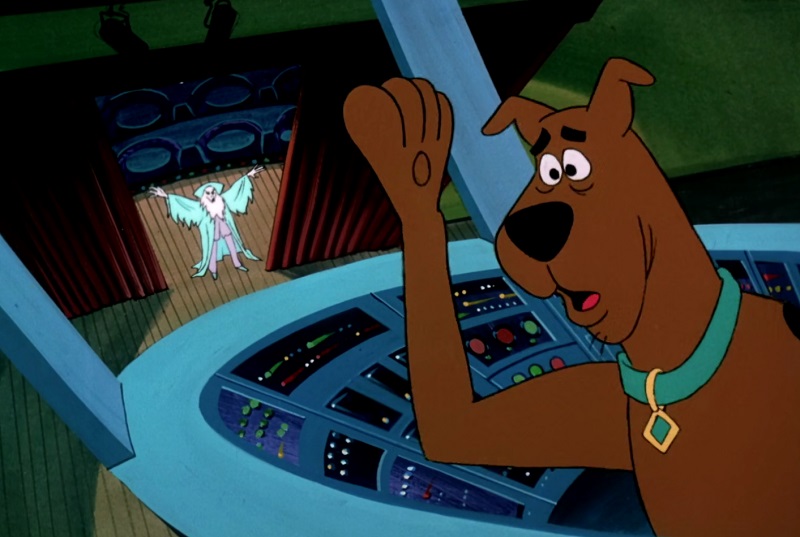 Velma sets a trap using a fake black pearl and eventually the Great Haldane is caught. 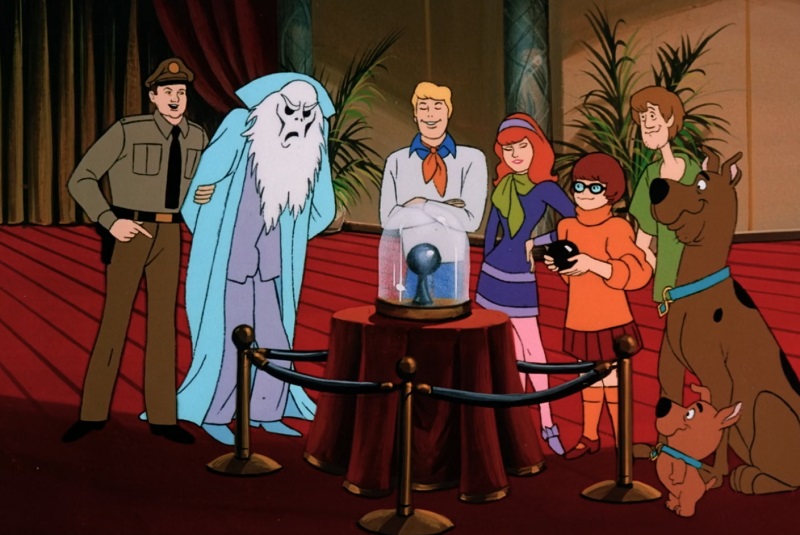 Velma and Freddy figure out that the grey powder found in the bottom of the box was tiny fragments of glass, meaning the real pearl was swapped out. Only one person could make the switch – and that was Morgan the Magician. 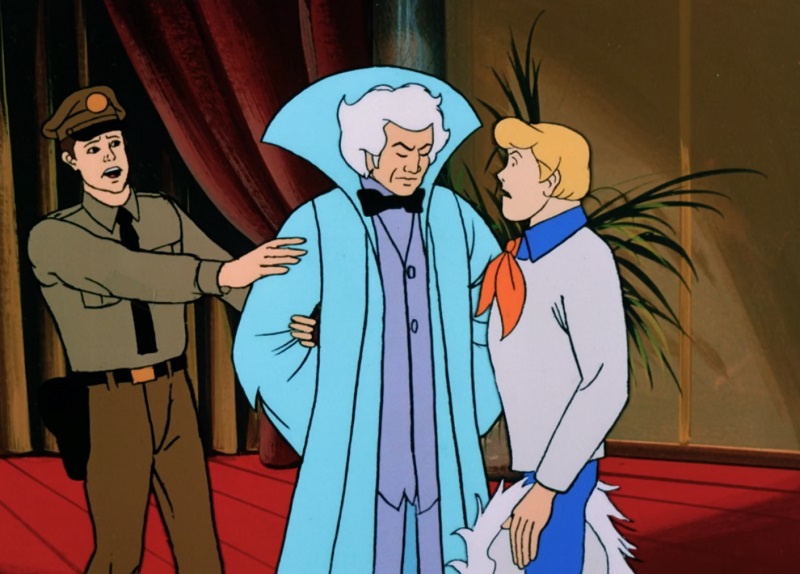 Using his golden pendant, he was able to shatter the fake glass pearl using soundwaves, while hiding the real black pearl in his robe. 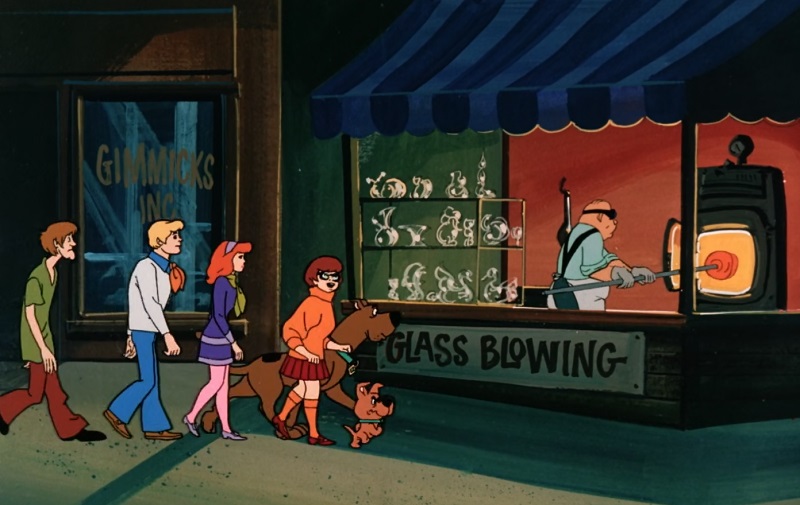 The Ghost of the Great Haldane looked pretty cool, and I liked his bombastic voice and vocal performance. The trick behind him smashing the black pearl with sound was also neat.

What I didn’t like, however, was Velma’s voice. I’ve complained about this before, but boy is it ever so not Velma. The delivery is very wooden and forced and has zero personality. Scrappy’s voice and performance is slightly off in this episode as well.

I’d never thought I’d complain about voice acting in the Scooby-Doo show as for the first 10 years it was so brilliant, but here Marla and Lennie just don’t click with me. On the plus side, I did enjoy the Lovely Lorain’s breathy voice performance.

What do you think of this episode? Have you seen it? Let me know in the comments below.

Until next week when I will be covering Lock the Door it’s a Minotaur, Stay Spooky!