The Ghost of Bigfoot originally aired on November 11, 1972, and is the 10th episode of Season 1 of the New Scooby-Doo Movies.

This episode sees Laurel and Hardy guest staring with Scooby and the gang where a mystery at a Ski Lodge is underfoot.  For those not in the know, Laurel & Hardy were a well-known comedy duo from the 1920s to 1940s.  By the time this episode aired, the duo had long passed but were still popular amongst kids due to their many hilarious skits.\r\n

Before Stan Laurel passed away in 1965, Larry Harmon (famously known as Bozo the Clown) had been working closely with him to develop a Laurel and Hardy animated series of shorts for television.  These cartoons finally aired in 1966 after being co-produced with Hanna-Barbera.  156 animated shorts were produced, along with cartoons, and various other merchandising.

With the animated shorts and for this episode, Stan Laurel is voiced by Larry Harmon, and Oliver Hardy is voiced by Jim MacGeorge.

The Ghost of Bigfoot – Episode Review

The episode opens up with the gang decked out in their winter gear as they drive down a snowy road.  Scooby is extra excited and begins singing \’Jingle Bells\’, however, he\’s soon interrupted by Shaggy, who reminds him that it\’s not Christmas yet. 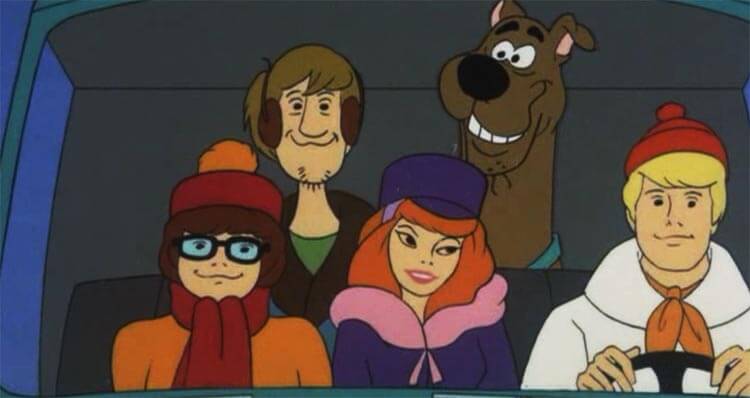 Freddy chimes in that he’s super pumped to be going skiing.  While Daphne lends a bit of exposition to inform us that they are heading to Mackinac Ski Lodge in Vermont, which is a skier\’s paradise due to awesome hills and all the latest modern conveniences.  Shaggy and Scooby, meanwhile, let it be known that they can’t even ski.

We then cut to Laurel and Hardy, driving their beat-up vintage car down the snowy road.  They are heading to the lodge in the hopes of snagging some employment as bellhops, or as Hardy explains ‘luggage expediters’.  They certainly could use the extra cash to buy a more winter-appropriate car, seeing as their vehicle has no roof. 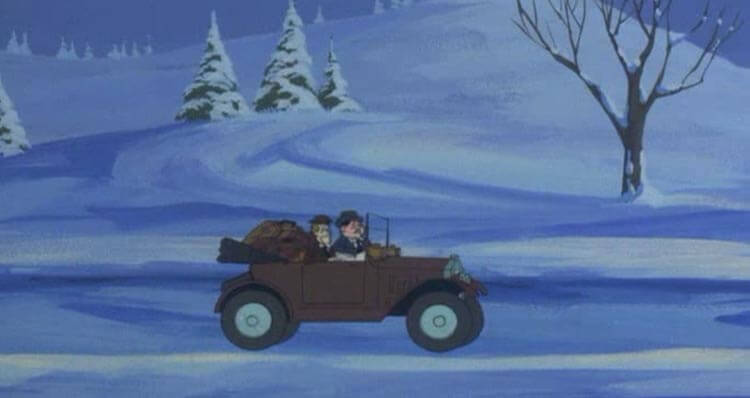 Laurel and Hardy’s car gets stuck on a tree stump as they swerve their vehicle off the road to avoid a giant snowball rolling towards them (which was pushed by the Ghost of Bigfoot down a steep mountain).  Fortunately, the gang are more than happy to give the duo a lift to the lodge.

Arriving at the lodge, they discover it deserted.  All who remain are a is the Manager/Owner named Caley Burgess and an elderly man in a wheelchair named Jonathan Crabtree, along with his Chauffeur.  Mr. Burgess explains that the Ghost of Bigfoot was a mountain-man who froze to death in a snowstorm a century ago.  The lodge is deserted as the skiers either checked out in fear or flat out disappeared. 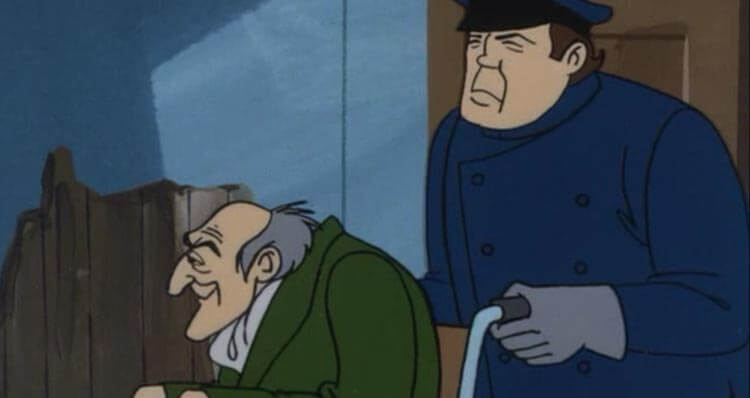 The gang head up to their rooms and turn in for the night.  Scooby & Shaggy head down to the kitchen to grab a ‘Sandwich Sedative’.  In the girls room, while Velma looks out upon the stormy night, she is startled by the Ghost of Bigfoot. 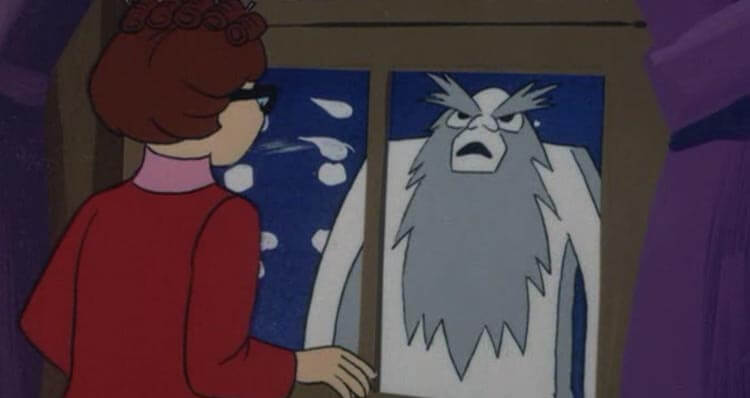 The boys (including Scooby), along with Laurel and Hardy, rush to the girls aid.  From the window, they see the Ghost of Bigfoot running off in the distance.  Not even one footprint was left by the man-beast, leaving the gang to wonder if they have actually encountered a real ghost.

The next day, the gang (along with Laurel and Hardy) head out skiing where they meet a ski instructor named Hans Edelweisse.  Shaggy and Scooby stay back to get some skiing lessons, while Daphne, Velma and Freddy hit the slopes.  Some comedic skiing mishaps take place, and then entire gang head back to the lodge to enjoy sitting in front of a cozy fire.

Shaggy, Scooby and Laurel all run into Bigfoot.  During the getaway, Scooby finds a piece of paper with dozens of license plate numbers written upon it. 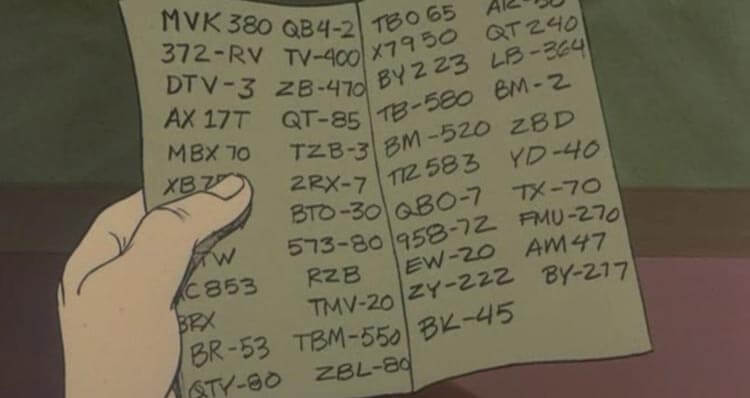 Freddy calls the police to ask about the license plate numbers and learns that they all belong to missing vehicles.  Searching around the lodge, the gang come across Bigfoot driving a truck loaded with the stolen cars.  Taking chase, they follow the truck to a scrapyard that has been closed down for the winter season. 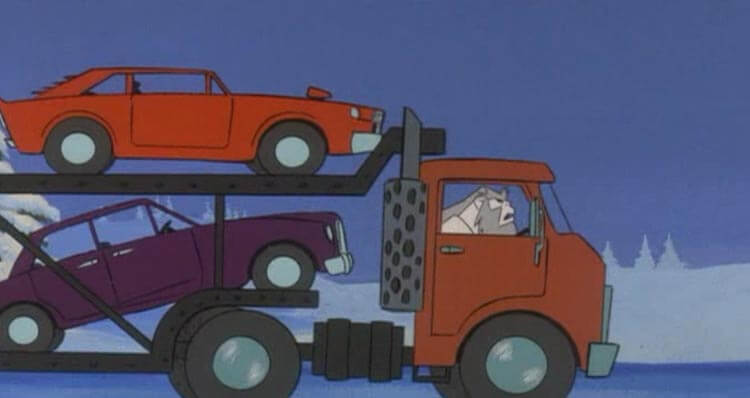 Searching for clues, the gang discover a projector and figure out that’s why that Bigfoot left no footprints.  At this point, Bigfoot shows up, and realizes that the jig is up.  Running away, the gang track the Bigfoot to a sawmill.  At this point, Daphne and Velma ski off to get some help.

Within the saw mill, they find a secret room where they find cars being repainted using some conveyor belts and vats of paint.  Also in the room they confront Bigfoot and eventually trap him.  Just before unmasking him, Daphne and Velma return with Hans Edelweisse, the Ski Instructor we met previously.  Along with being a red herring, it also turns out that he is an undercover detective.

Unmasking the ghost, it is revealed to be the lodge guest, Jonathan Crabtreee.  This entire time he was faking being in a wheelchair so he could run his stolen car business in peace. Whether his Chauffeur was included in the scheme or not is unfortunately never explained. 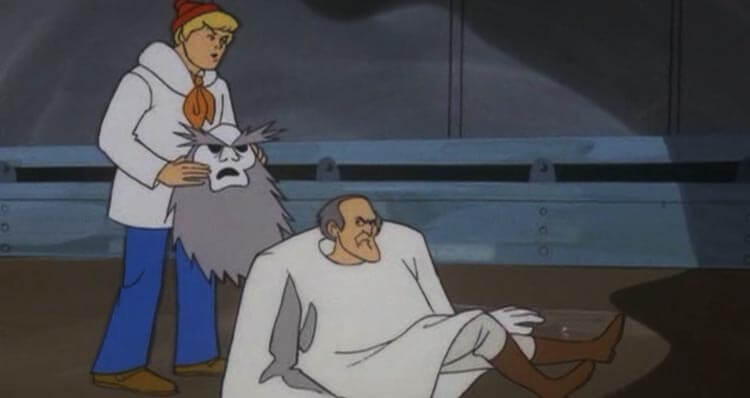 With another mystery solved, the gang, along with Laurel and Hardy, decide to spend another week at the lodge. However, this time it\’s packed for business since the ghost is gone.

I give this episode an 8 out of 10. This is a fun episode, and I enjoyed the inclusion of Laurel & Hardy. The dynamics between the two of them was often hilarious, and they interacted well with the gang.

While I didn’t find the Ghost of Bigfoot all that creepy, I absolutely loved seeing him driving a tractor-trailer loaded with stolen cars. This was a big ‘YES’ moment for me. Anytime we get to see the gang in winter clothing is also a plus for me.

Where I found this episode lacking is that some of the animation was off. The New Scooby-Doo movies doesn’t have the strongest animation and sometimes the gang look kinda weird in spots. Also, at 40 minutes long, this episode drags in spots. Had they cut out 10 minutes, this would be a pure win for me.

Until we meet again, stay spooky!