Scooby-Doo, Where’s the Crew? is the thirteenth episode of the Scooby-Doo Show. It originally aired on November 27, 1976, and is a fun little romp that takes place on the high seas.

If you’d like to own this episode, you can purchase it on The Scooby-Doo/Dynomutt Hour DVD. This DVD contains the entire first season of the Scooby-Doo show, plus the Dynomutt shows it originally aired with.

All Aboard the Sea Prowler 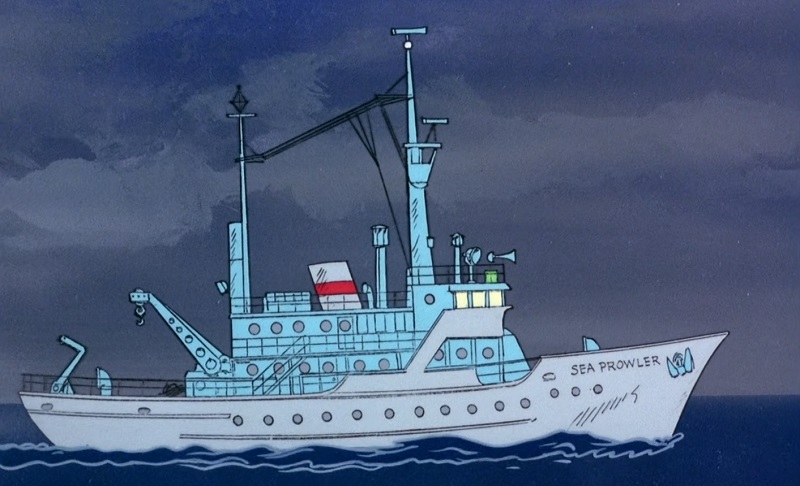 The gang are on board a ship called the Sea Prowler with Professor Poisson (Poisson is French for Fish), a world-renowned oceanographer in the same vein of Jacques Cousteau or Steve Zissou. The Professor has been hired by the Maritime Museum to retrieve gold artifacts from a sunken ship named the Diablo Doro (somewhat Spanish for the Bronze Devil), and the gang are tagging along so they can write up a science report for school. The Professor also informs them that they can assist him with the dive as they are all experienced divers.

The boat’s operator, Mr. Carp, warns the gang that the sunken ship is guarded by the ghost of Captain Pescado (Spanish for Fish) and his motley crew of sea monsters. Mr. Carp goes on to explain that for 300 centuries, many ships have tried to claim the treasure of this sunken ship, but have never returned.

The Professor brushes these ghost stories off as old wives tales and tells the spooked Shaggy and Scooby not to worry.

They drop the anchor and then go to bed. Scooby is rudely awoken by a flying fish and ends up waking up Freddy and Shaggy.

Looking outside their cabin window, they see Captain Pescado’s ghost, along with a Kelp monster, and an octopus monster out in the sea. Freddy informs the girls, and the entire gang go to the deck where they see wet footprints. 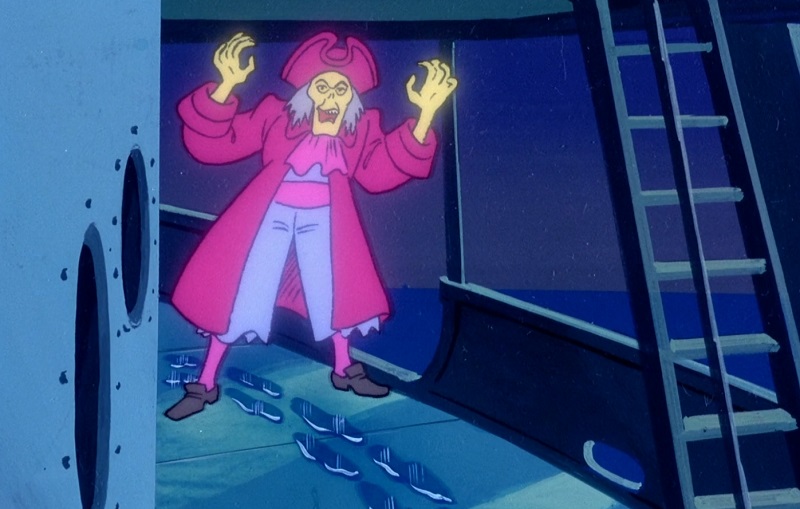 It doesn’t take long until the gang run into Captain Pescado and his Kelp Monster and a chase ensues. Running for their lives, the gang run to Professor Poisson’s cabin, and as they tell him what\’s going on. Mr. Carp barges in and tells the Captain that he and his crew (of two) will be rowing back to shore in the lifeboat as they don’t want to end up as ghost fodder.

It seems a little odd that such a boat (complete with a brig), only has a crew of three. But hey, it’s a cartoon, which also explains why Mr. Carp is nuts for rowing a small dinghy twenty odd miles or so back to shore. Regardless, the gang decide to remain on board, although Scooby and Shaggy need a little Scooby Snax motivation. 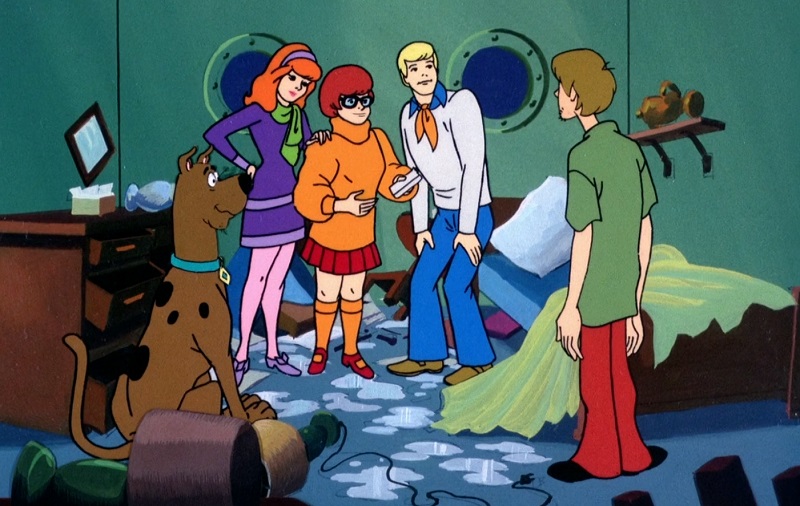 Freddy, Daphne and Velma head to the bridge and get locked inside by the Kelp Monster and the Ghost of Captain Pescado.  Meanwhile, Shaggy and Scooby get locked inside Galley by the Octopus Monster.  Both groups manage to escape from their situations, but not before Velma gets locked once again in the engine room.

Climbing up through a smokestack to escape, Velma spots the rowboat that Mr. Carp and his crew hands got in. The gang reunite and discover that the lifeboat is empty, battered and covered in kelp. 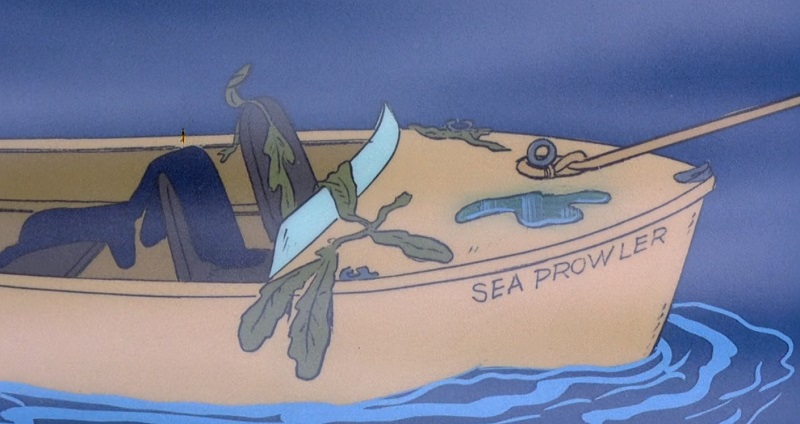 Splitting up once more, Velma, Shaggy and Scooby go to the communications room to send a distress signal, while Freddy and Daphne continue to search for the Professor.

Inside the Radio Room, the Kelp monster is taking a nap, so Velma gets creative to tap out an SOS Morse code signal using a fishing rod and a small weight. Unfortunately this alerts the Kelp monster, who chases them until they meet up with Freddy and Daphne again. Before the gang are reunited, however, Freddy and Daphne spot the ghost of Captain Pescado diving down to the wreck. 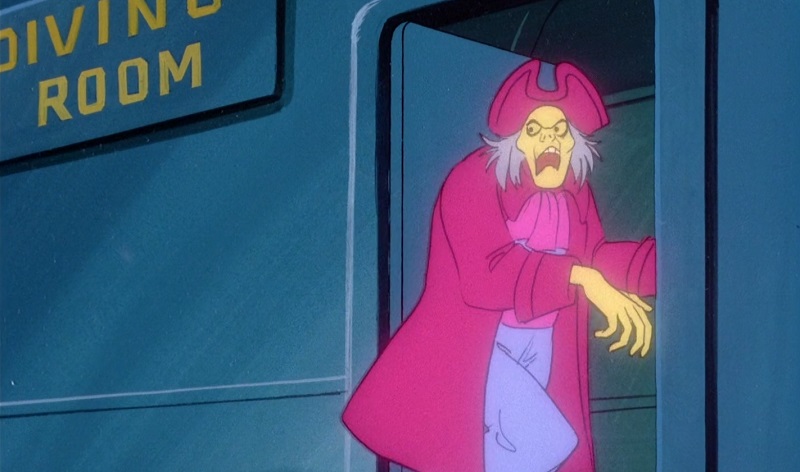 Velma, Scooby and Shaggy put on some scuba suits and dive down to the wreck of the Diablo Doro using the diving bell. Entering the wreck, they find air tanks, which seems odd, as ghosts shouldn’t need air tanks.

Scooby accidentally crashes though and old wall and finds a treasure room full of gold. Along with all three monsters! 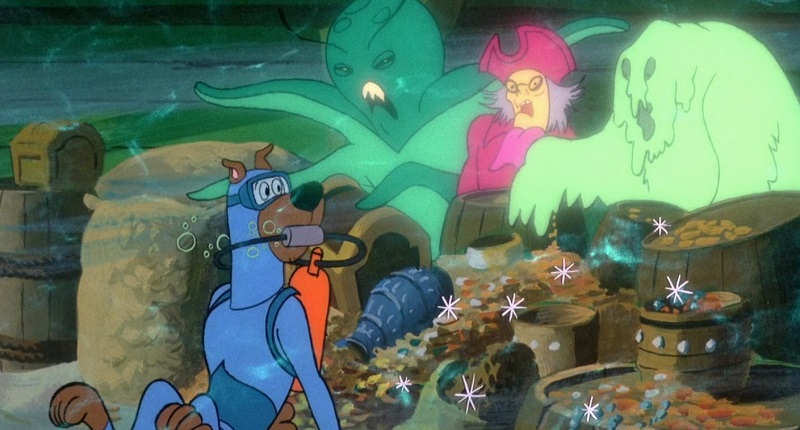 The monsters spot the gang and chase them into the Diving Bell. Before Freddy can raise them up, the Monsters have swam up and lock Freddy and Daphne into a tool closet.

During this conversation, Shaggy and Scooby discovers two gold detectors. I guess they called them gold detectors, as a metal detector would be useless on a boat made entirely of metal. In reality, I don’t think there is anything called a gold detector, as gold is not a magnetic substance. (but whatever, it’s a cartoon).

Using the gold detectors, they find the treasure locked up in the brig, along with Professor Poisson. (However, all they really did in reality was follow the wet and kelpy footprints).Attempting to radio for help, their efforts are thwarted as the monsters have managed to board the ship via a ladder. Thinking quick, they catch Pescado and his pet monsters in a net. 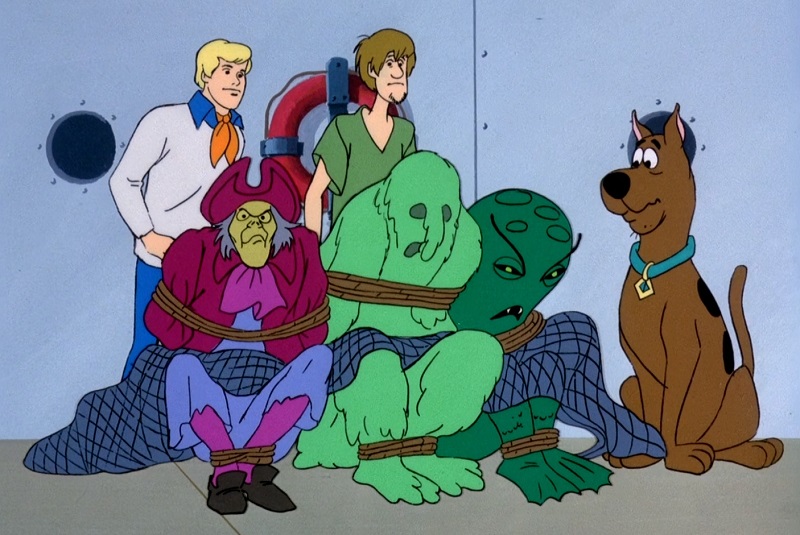 The coast guard arrives just in time, and the Ghost of Captain Pescado is unmasked. “Shockingly”, it’s Mr. Carp, and his two cronies are his crew. 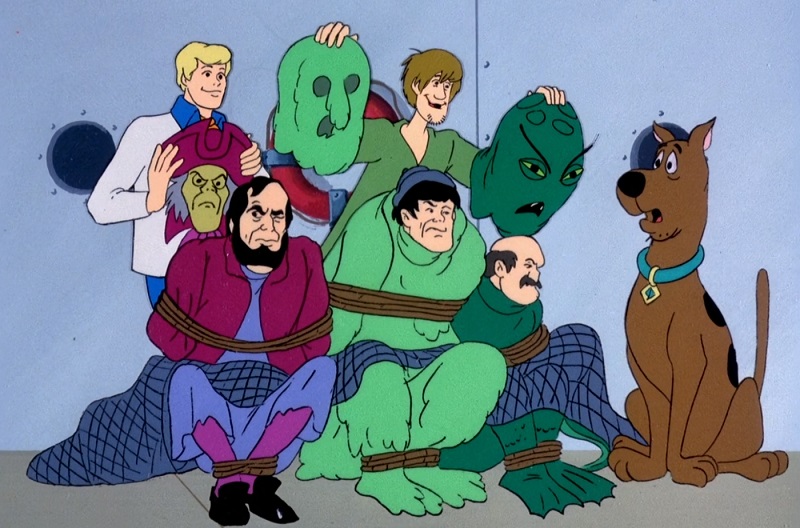 They enquire about the letters on the notepad, and Professor Poisson explains that 1MC stood for first mate Carp, MM meant McFinn and McGill (who are the two deckhands) and the SC that trailed off was to mean Scuba Divers. 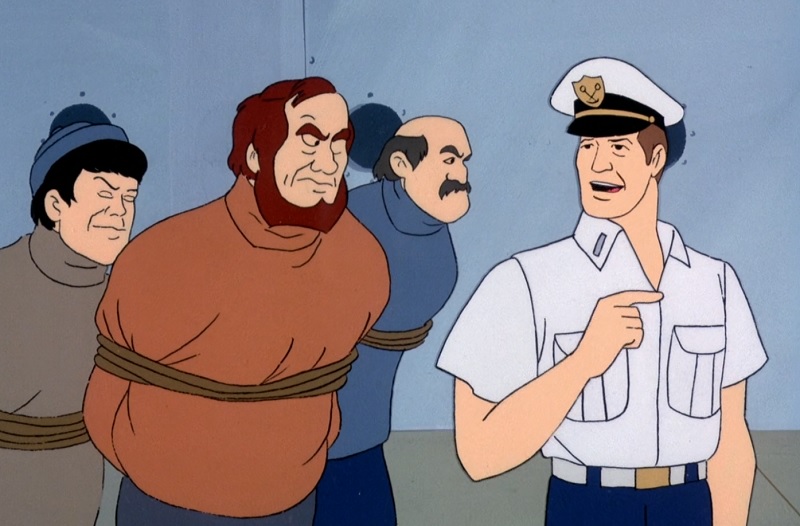 Before being hauled off, Mr. Carp exclaims, ‘aye, and we would have gotten away with it if it wasn’t for these meddling Ladies and Lassies.

My Thoughts on Scooby-Doo, Where’s the Crew?

I give this a 8 out of 10. Overall it’s terrific, although the Captain and his monsters aren’t that memorable as they don’t have much to do and aren’t that scary. Like all they pretty much do is repeatedly lock the gang into various rooms. The Ghost Captain is also decked out in pink attire, but I do like his wrinkled green face that is reminiscent of the Grinch during some scenes.

I found the octopus creature to be sorta silly looking. The Kelp Monster is just a knock off of the Wax Phantom, but he looks somewhat okay. Furthermore, the monsters are usually obscured by heavy fog so you can’t get a good look at them. Had they just had the Ghost Captain in this episode, I think this one would have been a winner. 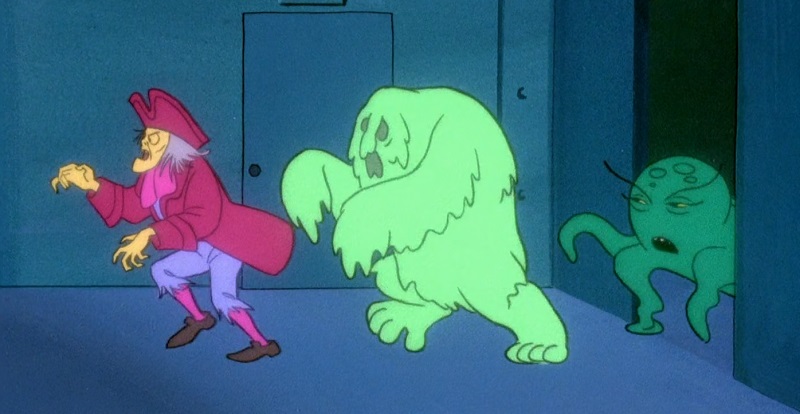 The dialogue in this one is fantastic. Lots of sea puns and jokes. There’s a cool little scene between Scooby and a Shark that is amusing. It’s also neat seeing the gang out of their element, and with this episode, we don’t even see the Mystery Machine, which is rare.