I Left My Neck in San Francisco is the tenth episode of Scooby-Doo and Scrappy-Doo and originally aired on November 24, 1979.

The episode sees the gang on tour at the famous Alcatraz prison in San Francisco where they encounter the legendary Lady Vampire of the Bay. The vampire has red hair just like Daphne. Even stranger, Daphne has started to feel ill and is no longer casting a reflection.

I Left My Neck in San Francisco – Episode Review 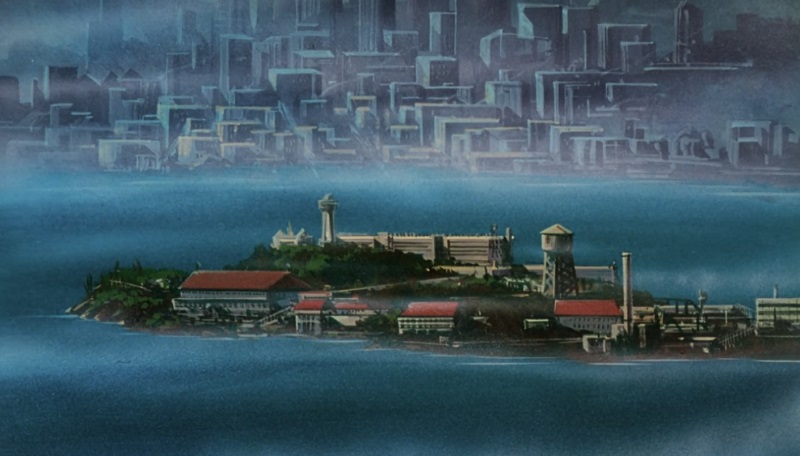 The episode begins with a tour of Alcatraz in San Francisco. It’s a small tour with two other guests and one guide, and one lady named Sally warns Scooby and Shaggy of the Lady Vampire of the Bay.

Daphne is feeling a little woozy and she writes it off as being sea sick, as after all, the waters surrounding Alcatraz are known for being quite rough.

Before the tour begins, the guide, named Jack, explains that the ghosts of the prisoners still haunt the cells. So Shaggy, Scrappy and Scooby remain outside and immediately run into the lady vampire. 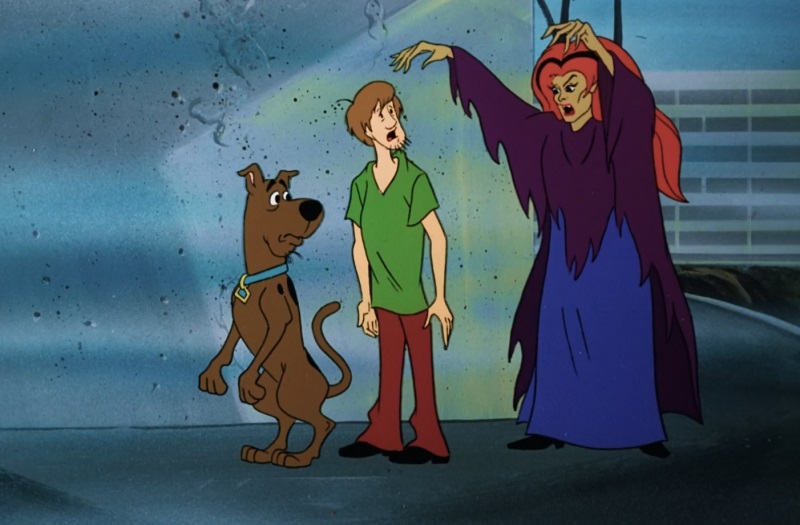 On the tour, we see everyone wandering around, except for Daphne. While searching for Daphne, Shaggy, Scooby and Scrappy run in and tell Velma and Freddy all about their run in with the lady vampire. The lady vampire then shows up, but escapes before Freddy and Velma can confront her. 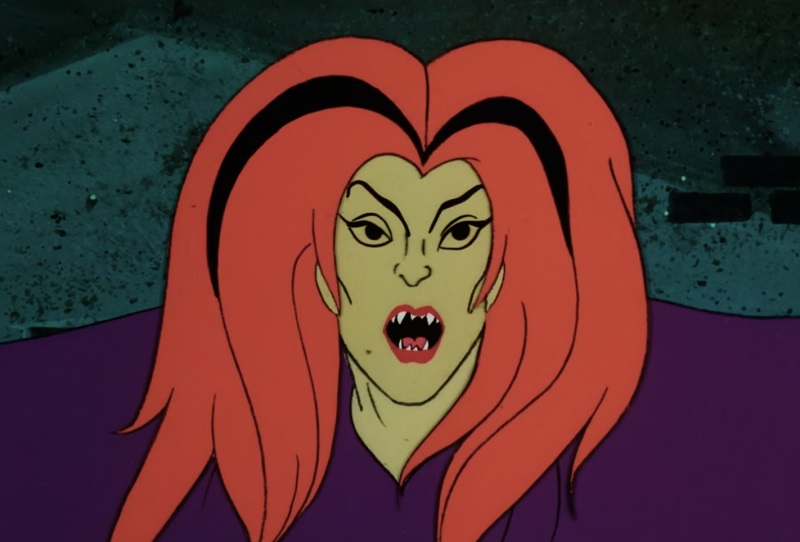 On the way back to the mainland, Velma notices that the red lens in the boat’s safety lens is missing. 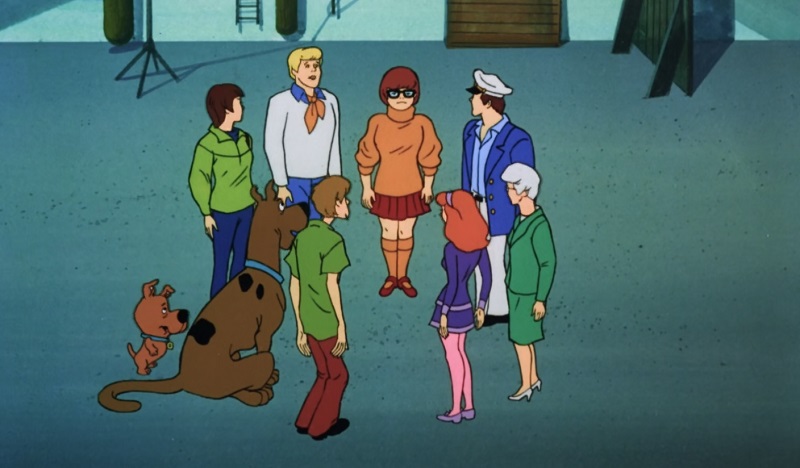 There’s a tour of the fisherman’s wharf later that night, but Daphne bails as she feels sick. Shaggy, Scooby and Scrappy are in as there’s the promise of some good food. 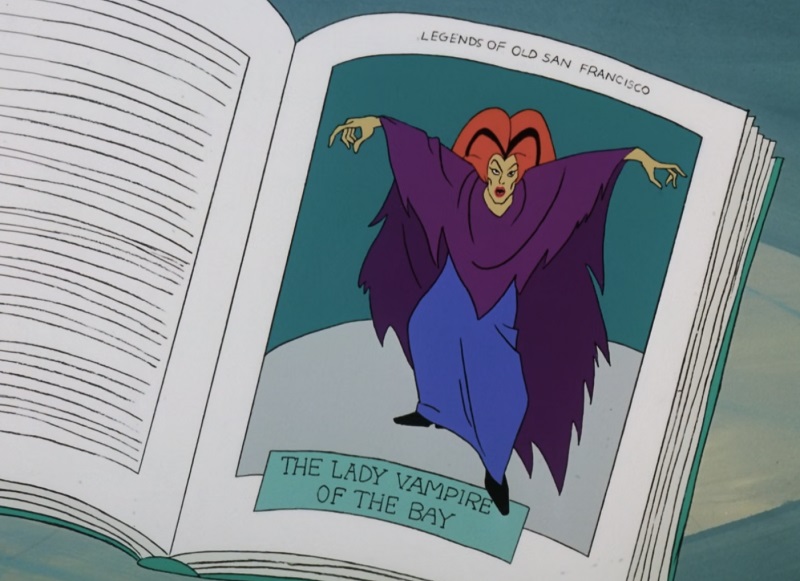 The lights then suddenly turn off and the Vampire shows up warning everyone that if they continue to meddle they will all be doomed. Shaggy also notices that the vampire isn’t even showing up in the mirror, so she must be real!

The vampire escapes and Daphne wanders back in, and she too does not cast a reflection. 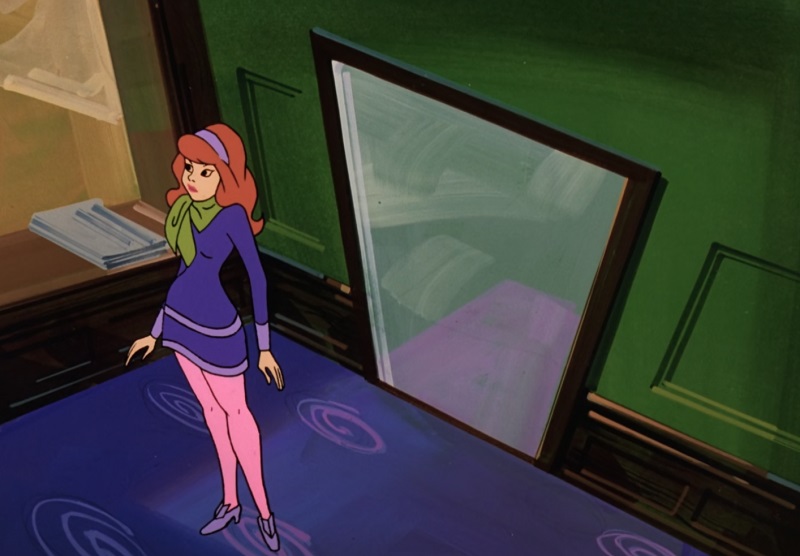 Freddy and Velma stay back at the hotel to search for more clues while Shaggy, Scooby and Scrappy do the Fisherman’s wharf tour. It’s not much of a tour as Jack isn’t even there to show them around. It’s also pretty foggy out and Shaggy orders a pizza heavy on the garlic to help ward off the Vampire. 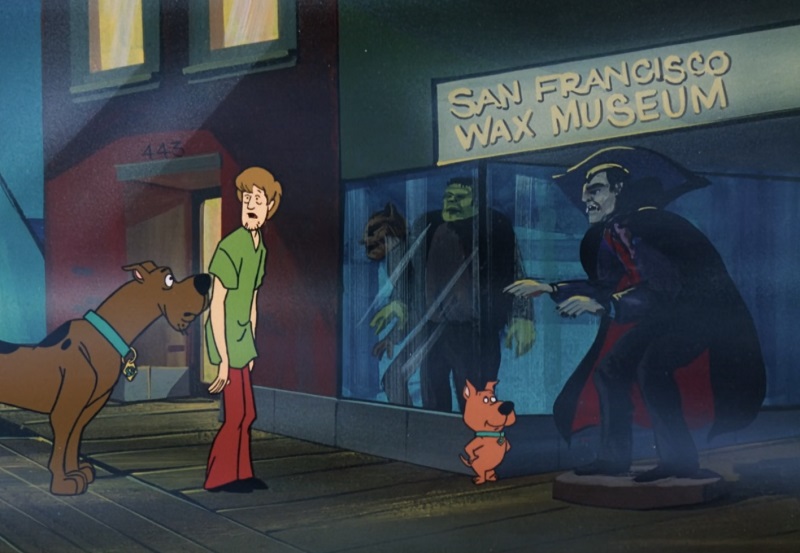 In the fog, our trio think they spot Daphne run through China Town, but when they catch up to her, it’s the Vampire.

Back at the hotel, Freddy discovers some fresh paint that is the same colour as the hotel walls. Before they can investigate further, they hear the panic outside that the Vampire is causing, so they run out and watch her steal the green gem out of a tiger statue eye. 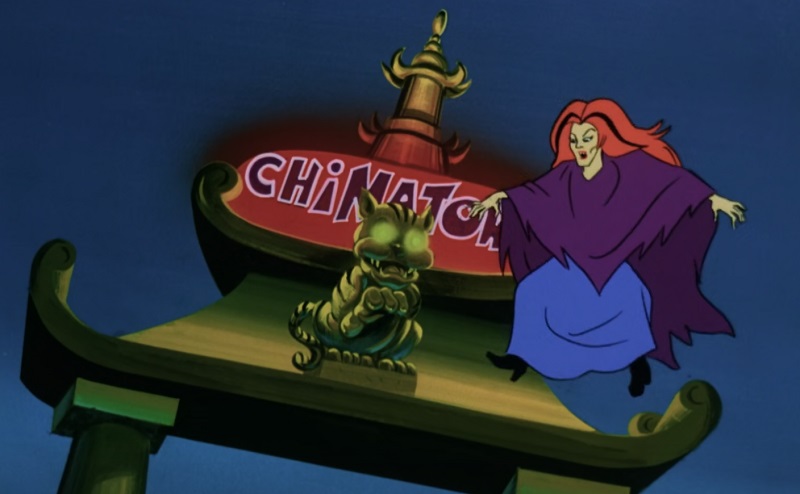 Velma deduces she’s after the missing jewels of the Lefty Callahan job, as Lefty was a thief who spent some time at Alcatraz after stealing valuable jewels.

Shaggy, Scrappy and Scooby continue to have their chase with the Lady Vampire and watch her turn into a bat and fly into Daphne’s hotel window. Checking in on Daphne, she’s missing from her bed, but when Freddy and Velma show up, she’s in her bed.

Velma figures out the Vampire still has to find the diamond from the jewel theft and figures out she’ll be at the opera house. The Opera house is closed and this is a bit strange as Mrs. Cornel the elderly lady from the tour, said she was skipping the Wharf tour as she was going to the Opera that night.

Even though it’s closed, the gang head into the Opera house and Shaggy, Scooby, and Scrappy run right into the Lady Vampire. 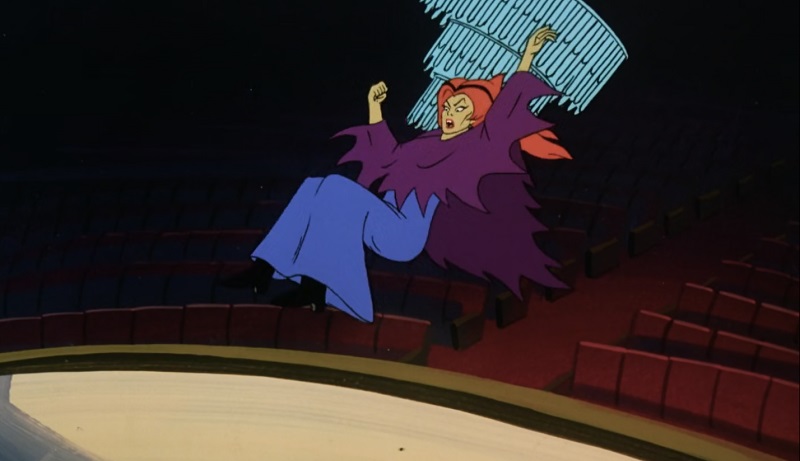 The vampire leaps on a chandelier and snatches the missing diamond, but as she lands, she gets caught in a Scrappy trap. Scrappy hits the wrong switch and the lights go out, and the Lady Vampire has escaped.

Jack the tour guide, Daphne, Sally and the elderly lady, Mrs. Cornel, from the tour who said she’d be at the Opera that night, all conveniently wander in. Velma explains the missing jewel heist and then rips the mask off of Mrs. Cornel to reveal the vampire.

Freddy wipes the vampire makeup off the lady, and explains she did the no reflection in the mirror trick by using trick lights behind a fake frame that had been painted to match the hotel walls.

The lady also turns out to be Lefty Callahan herself. Which makes no sense as Alcatraz was a male prison, plus it closed down in 1963, sixteen years before this episode, and Lefty looks like she’s only in her mid-thirties, if not younger. 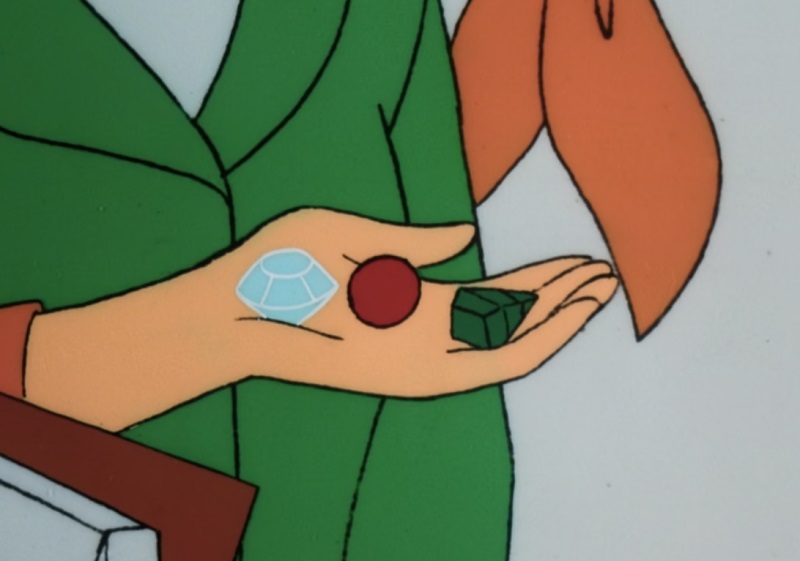 This episode is a lot of fun and is full of mystery, spookiness and some cool plot twists. It stands out from many of the episodes as this is the first time a member of the gang is a suspect.

I enjoyed the Alcatraz setting at the start, along with the misdirection that Daphne might be a vampire. Seeing as Daphne rarely got much to do in previous episodes due to the introduction of Scrappy, it was cool to make her a suspect as it gave her something to do for once.

Velma and Freddy once again do all the detective work, while Scrappy takes over making traps, and Shaggy and Scooby continue with the sight gags.

I like the design of the Vampire as well. It’s basic and simple, but effective enough to be creepy.

Well that wraps up my review, join me next week when I will be covering When You Wish Upon a Star Creature. Until then, Stay Spooky.