The Haunted Carnival is the final episode of the New Scooby-Doo Movies and originally aired on October 27, 1973.

Here we find the gang and an abandoned carnival that is owned by Dick Van Dyke. A ghost has scared all of his employees and guests away, so it’s up to the kids to get to the bottom of this mystery.

Aside from Cher and Sandy Duncan, I believe Dick Van Dyke is one of the last few remaining guest stars alive who portrayed themselves. Dick Van Dyke is probably most famous as the Chimney Sweep Bert in Walt Disney’s 1964 Mary Poppins film where many of us to this day often imitate his awful cockney accent (ello governor). He also had a popular 60s sitcom called the Dick Van Dyke Show. Currently at age 95, Dick Van Dyke is still acting and was last scene in the 2018 film Mary Poppins Returns. 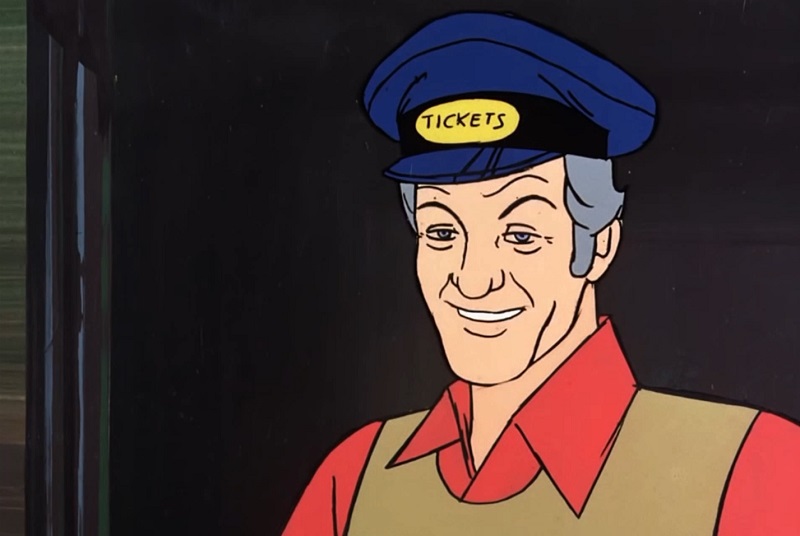 The episode begins with the gang on the road. Freddy spots a sign for a Carnival, so the gang drives in with the intent to avoid anything haunted for once and just have fun. 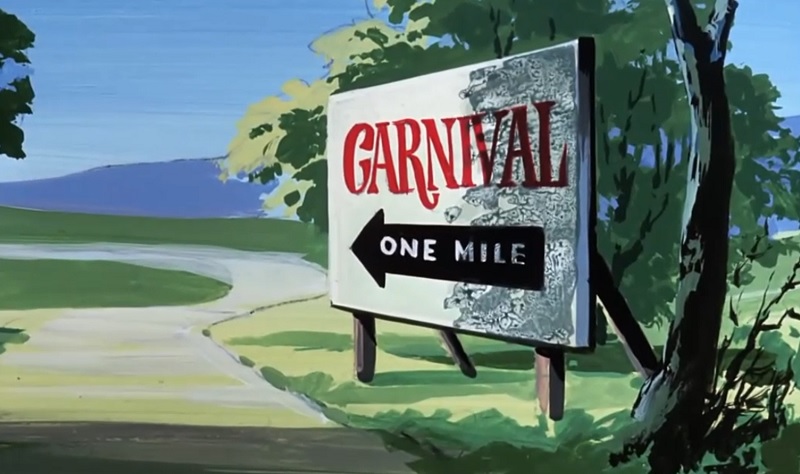 Arriving, the Carnival is deserted and the place is empty. There are no rides running, and worst of all, all the food tents are closed. 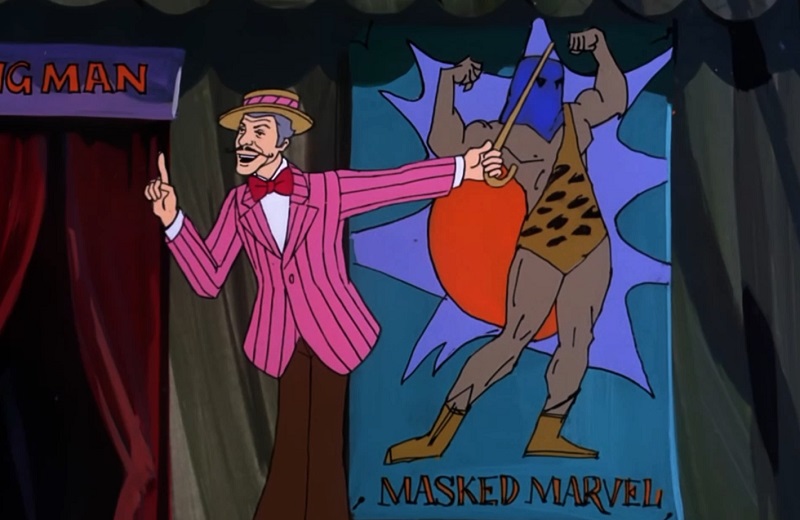 The gang eventually figure out its Mr. Van Dyke running the whole thing by himself as everyone was scared away. The Carnival is spooked, but the show must go on. Being professional ghost hunters, the gang decide to investigate and help Mr. Van Dyke out.

After volunteering to help, the gang spot their first ghost. It’s a glowing arm and hand that beckons them to follow it. The gang watch the floating arm playing a carnie game and steal a few cupie dolls away. 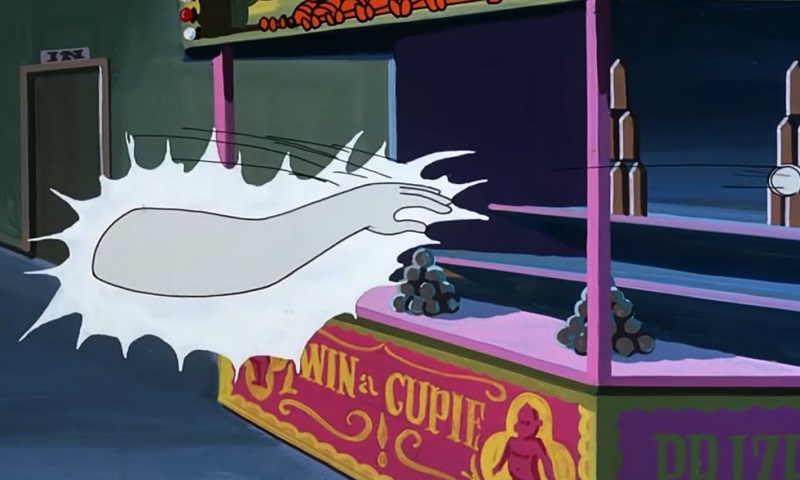 After the haunted fun the gang split up and search for clues. Scooby and Shaggy are the first to find a ghost after investigating a hotdog and hamburger stand. After their plan to find food fails, the gang run into a funhouse where Scooby and Shaggy are frightened by a ghost in the house of mirrors. Seeking escape on a roller coaster, our cowardly pair are attacked by the ghost. 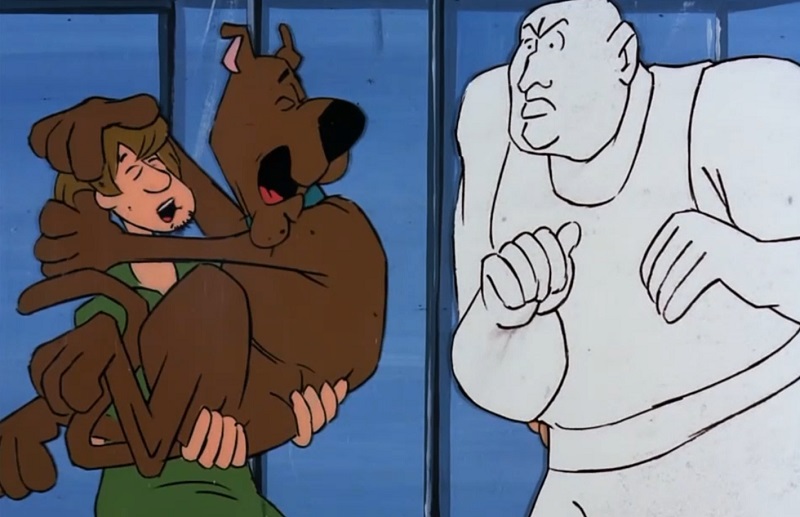 Freddy, Velma and Daphne watch an impromptu Magic show as Dick Van Dyke acts as the Great Mystifo. After the show ends, they all come to Shaggy and Scooby’s help as they spot the roller coaster running.

Scooby and Shaggy safely get off the caterpillar roller coaster, but are then sent off into the air after the ghost sends a balloon stand into the air. The ghost then tries to kill Scooby and Shaggy by bursting the balloons with the hot laser focus of a mirror. Fortunately Dick Van Dyke saves their lives by giving them a soft landing in an Ice Cream cart. 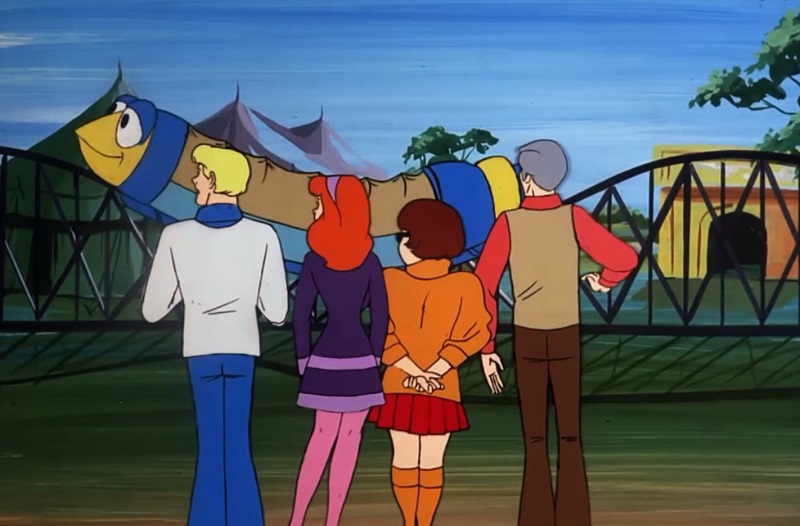 We get a few more chase scenes involving haunted attractions and the ghosts. At one point Daphne is even kidnapped after walking into a photo booth. It doesn’t take Freddy and Velma long to find her as they discover her riding on a bumper car. 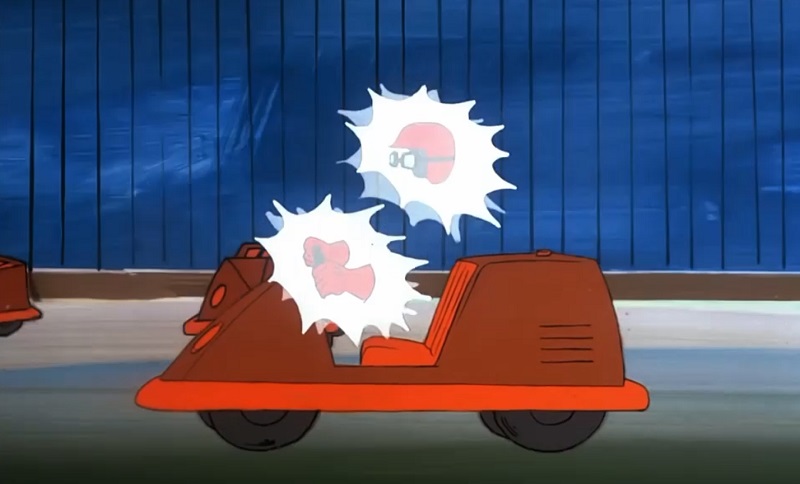 Our final set piece takes place in the tunnel of love, which turns out to be a tunnel of terror for Scooby and Shaggy. Here they run into Freddy, Daphne and Velma where they discover the motor room for the carousel ride.

Inside the ride’s mechanical room they discover the various ghostly costumes which are sheets covered in luminous paint. After hearing a man grunting they find the strong man lifting weights. 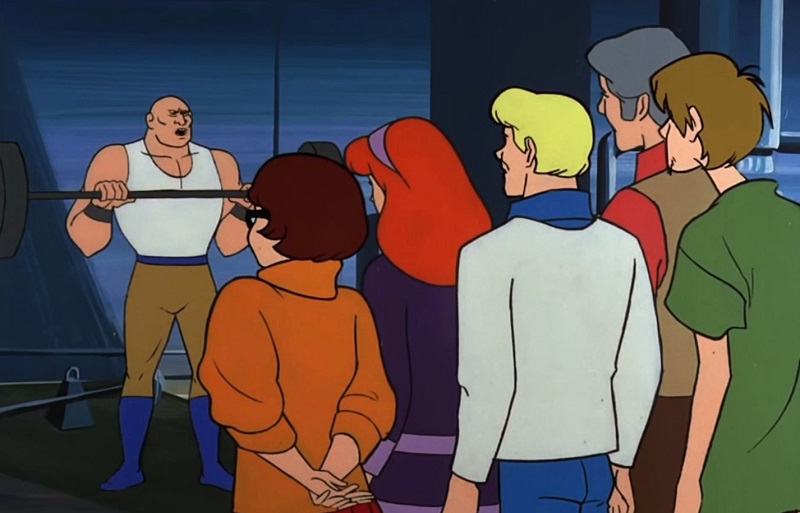 The strongman explains the wanted Dick Van Dyke to think his carnival was haunted so Dick Van Dyke would sell it to him cheap, so he could be more than a strong man.

The Strongman takes chase, but his plan fails as he’s struck by a carousel horse. With the bad guy caught, Mr. Van Dyke makes the gang part owners, so they stay behind and run the various attractions. As this show ended in 1973, and the Scooby Doo Show didn’t start up until 1976, I guess we now know what the gang were doing during those 3 years of no new long-running Scooby episodes. 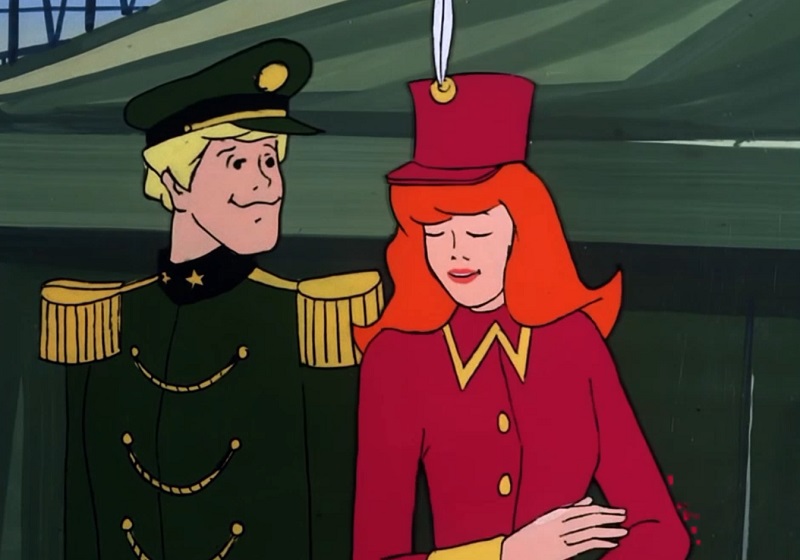 It’s my least favourite from Season 2 for sure. The mystery itself is actually quite good, and Dick Van Dyke is a fantastic guest star.

Unfortunately, the episode just seems to drag out with many of the same gags we saw a couple years earlier on Foul Play in Funland.

Also the ghosts are pretty lame. They aren’t scary or even that interesting, so there’s no sense of spookiness that hangs over this episode.

Overall, however, this episode is still quite watchable, but mostly for Dick Van Dyke’s performance. There’s also some amusing interactions between the kids, with Freddy and Velma complaining about Daphne’s vanity at the picture booth being my favourite.

Well that wraps up my reviews for Season 2, join me next week where I will start reviewing the Scooby-Doo Show – Season 1.

Until then, stay spooky!