That’s Snow Ghost is the 17th and final episode of Season one and originally aired on January 17, 1970. This episode sees the gang at a run-down ski resort where they encounter the ghost of a Yeti who has travelled far from Tibet to seek revenge.

The title – ‘That’s Snow Ghost’ is a pun on the phrase “That’s No Ghost”. This episode also introduces the gang in their winter clothing, which is something I always enjoy seeing.

This is also the last time Stefanianna Christopherson: voices Daphne as she is later replaced by Heather North.

This may be one of the more scarier episodes as the Yeti tries to kill Velma and later Scooby, rather than just scaring them away.

Many Scooby fans refer to this episode as their favourite winter themed episode, but after 50 years, does it still hold up? Let’s find out!

The episode begins with a White Timber Wolf howling in the wind. We then cut to a very large creature wandering through the snowy landscape. 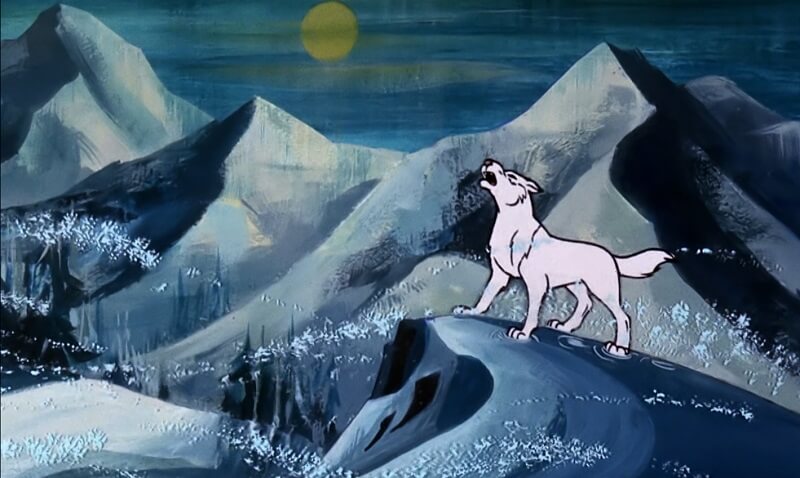 At a ski Chalet called the Wolf’s End lodge, the Mystery Machine pulls up and hears the wolf howling. The gang are there for the weekend for a skiing trip, and Daphne comments how run-down the building looks. Freddy replies that it’s the only place he could find. 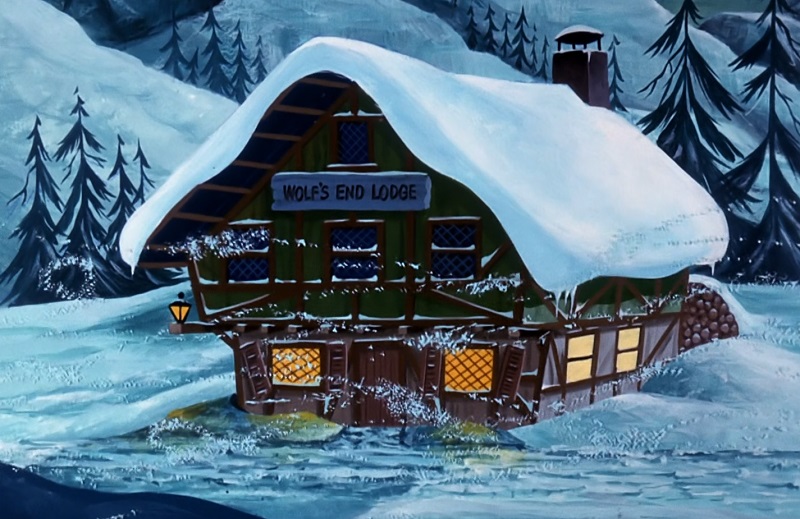 As they are welcomed by the lodge owner, Mr. Greenway Another man called Mr. Leech walks in and asks Mr. Greenway to store his suitcase away. Both men have creepy nervous laughs that make the situation awkward for the gang.

Mr. Greenway shows the gang to their rooms and reminds them to lock their doors and windows before they go to sleep as the Snow Ghost is out on the prowl. If the Snow Ghost gets them, he’ll turn them into ghosts.

The wolf continues to howl as the gang nervously chat. Shaggy checks one of the windows to lock it and sees the Snow Ghost. This sets the gang in a panic and they run out of the room. 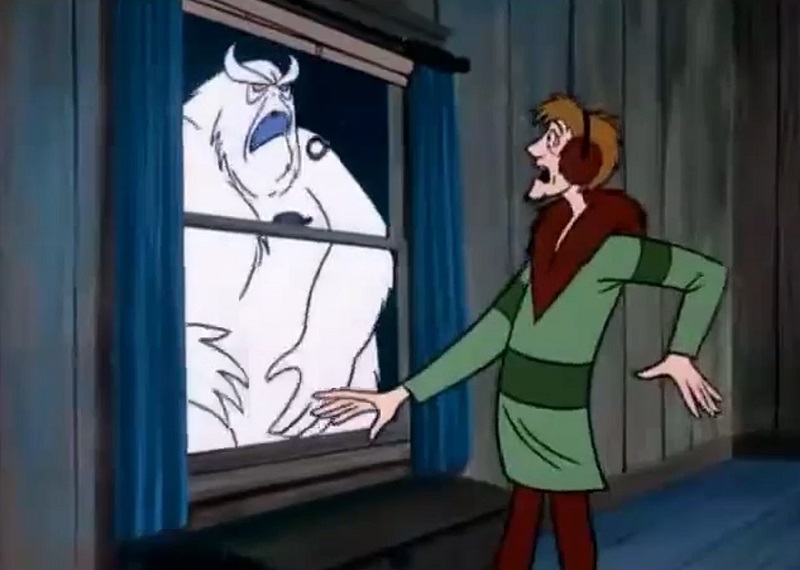 Running outside they head to the window where they see the Snow Ghost footprints. They snag a couple of snow cars and follow the footprints which ends at a chasm. And I have to say, they stopped a little too close to the edge. Call me a chicken, but I find stopping your snowmobile on a dime so the front sled hangs of the edge of a chasm a little too dangerous for my blood.

Up on top of a mountain cliff, the Snow Ghost leaps off and swoops towards them. The gang ducks and when they lift their heads up, the ghost has vanished into the forest. 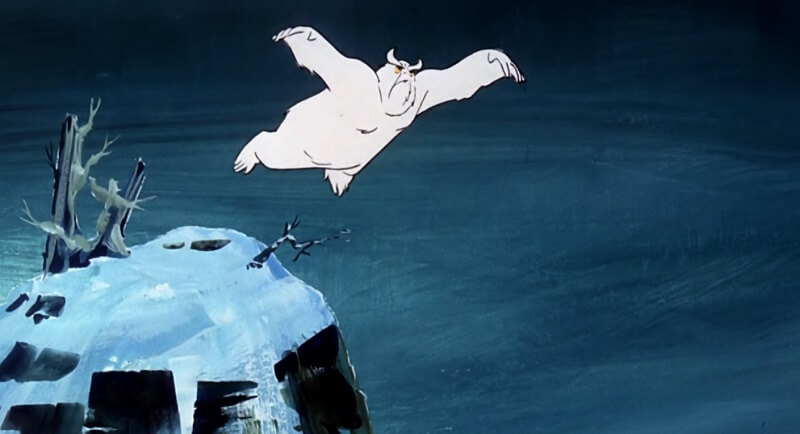 Once more the gang take chase and stop at where the Snow Ghost disappeared. Nearby they find a cave and go in and investigate.

Inside the cave they find the interior furnished with Tibetan artifacts. Velma strikes a gong and a curtain opens where they meet Mr. Foo Len Chi. Daphne explains they’ve been hunting down a snow ghost and the man tells the gang that the Snow Ghost is after him. 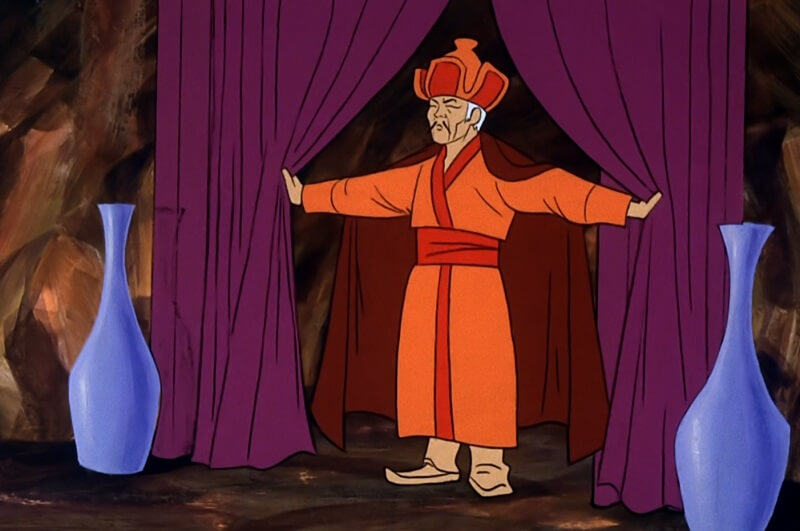 In a flashback we learn that many years ago in Tibet, Mr. Foo Len Chi came in contact with a Yeti. In order to escape Mr. Foo Len Chi leaped across a gorge to a narrow ledge. When the Yeti jumped over to catch him, the Yeti was too large for the narrow ledge and fell to his death. Days later, Mr. Foo Len Chi once more ran into the Yeti, but this time it was his ghost where he fled for his life.

For decades the man remained in hiding, and the Ghost has even found him in North America. The gang are also introduced to the White Timber Wolf that Mr. Foo Len Chi keeps as a pet. 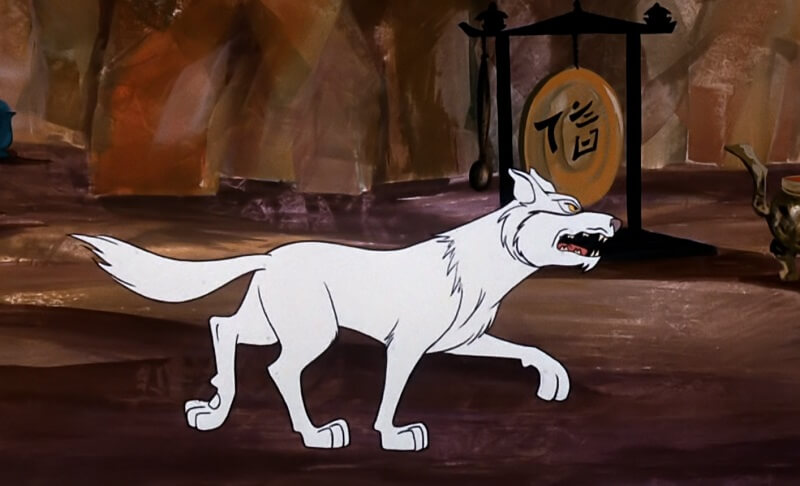 The gang head off once more to find the Snow Ghost and Velma spots a footprint covered in saw dust. With this new information they go look for a saw mill, or as Shaggy calls it, a Scare Mill.
Spitting up Shaggy, Scooby and Velma go in one direction, and Velma is snatched by the Snow Ghost. Shaggy also falls through a trap door leaving Scooby alone.

Scooby hears Velma cry out for help and finds her attached on a log heading for a spinning saw blade. This is a trap that would most certainly kill Velma, but Scooby uses his resources to free her.

Sliding down the log on a slide, the two almost escape death, but the Snow Ghost sends dynamite after them. Landing in a lake Scooby is able to use his tail as a motor to get out of the blast range of the dynamite. 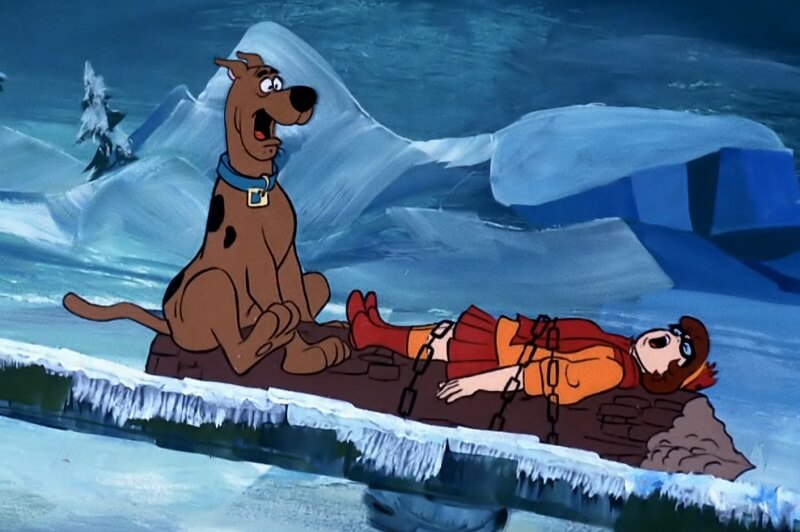 The gang reunite, minus Shaggy, where Velma explains her near death experience. Shaggy then shows up covered in white stuff after fainting when he saw the Snow Ghost. After scaring the gang, Shaggy falls in some water and the white stuff comes off.

Freddy clues in that the Snow Ghost must not be real as he had to fake Shaggy coming back as a ghost. Just as he finishes his sentence, the Snow Ghost tosses a barrel from the roof in their direction. This causes the gang to split up once more with the Snow Ghost chasing after Freddy, Velma and Daphne. 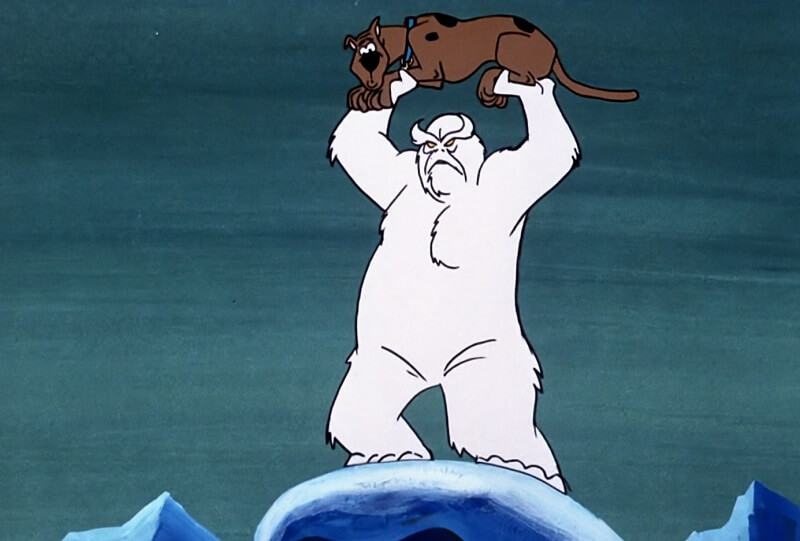 Our trio duck behind some logs and evade the monster. They also discover that the logs are hollow and full of diamonds and jewelry.

Freddy, Daphne and Velma find our cowardly duo and Freddy plans a trap. The trap does not go according to plan, but they eventually capture the ghostly beast in a giant rolling snow ball. 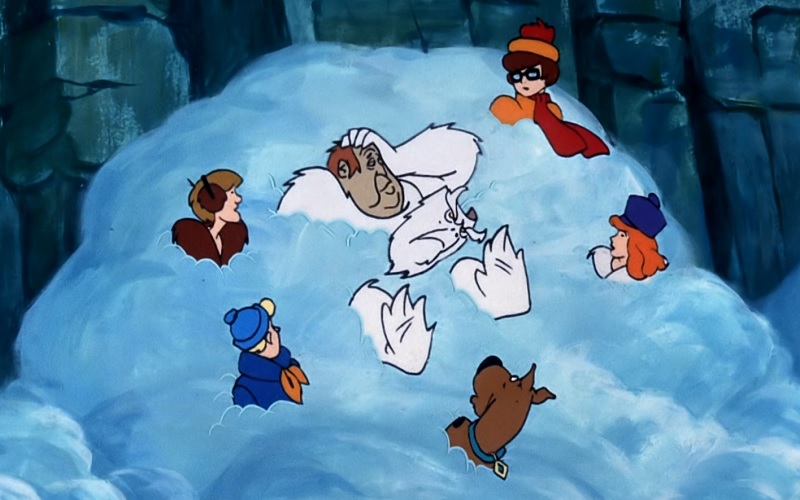 The ghost turns out to be Mr. Greenway, and after the sheriff shows up, both Mr. Leach and Mr. Greenway are tied up.

Velma explains that the jewel thieves were using the hollow logs to transport the jewels across the border as they floated in the river. To scare people away he disguised himself as the Snow Ghost. He got the idea from Foo Lan Chi after hearing his story.

The way the Snow Ghost flew was on transparent skis which you could barely see at night. Since there were ski jumps everywhere, this was an easy enough illusion to pull off..

With another mystery solved, the Gang head off for another adventure.

This episode has everything I love in a Scooby-Doo episode, such as the run down ski lodge, some shady characters, the creepy woods, a good backstory to the villain and a decent plot. Seeing the gang in their winter clothing was just icing on the cake.

I loved the whole flashback scene with Mr. Foo Lan Chi, along with the opening howling white timber wolf to set up the atmosphere.

So why isn’t this a perfect 10 out of 10 for me? I’d have to say it’s because the Snow Ghost design doesn’t do much for me. There’s nothing really wrong with it, but for me, it’s just not memorable.

The whole flying thing seemed a little ridiculous to me as well and made the ghost Yeti seem a bit silly. This the adult me talking, as a Kid I did enjoy the whole transparent ski explanation.